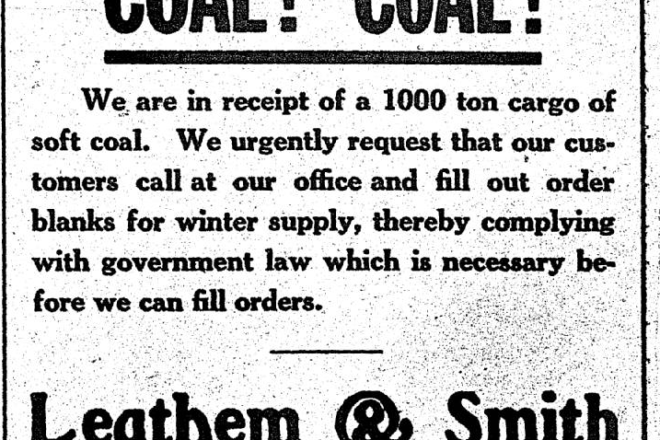 Six dollars and seventy cents is the price for getting drunk and insulting ladies in this village. This does not include first the cost of whisky.

Fred Crandall, actuated by a laudable spirit of enterprise and philanthropy, has decided to fit up a suite of bath rooms in the rear of Jas. Meyer’s barber shop who will run them in connection therewith. The rooms will be fitted up to correspond with Fred’s artistic and mechanical ideas, which is to say in first class shape and will be a boon to the male part of a long-suffering and unwashed community.

The following are the prices of farm produce at the city.

Many of the papers in the neighboring cities continue to print articles about the chief of the Sturgeon Bay fire department being in jail. This certainly is not very flattering to Chief Stroh, the charge of incendiary being against the captain of the Sawyer department and not chief of the city fire department.

Home grown strawberries put in their appearance on the market this week and are now selling at $3 per crate, a record price. All the indications are for a good crop if a little rain puts in an appearance.

The cherry crop this year will be the lightest in the history of Door county being only about 20 per cent of the normal crop.

However, the prices will be higher than ever before, as the crop is light in all parts of the country. The 150 Y.M.C.A. boys from the state will be the only large party of outside pickers to be here this year, as the crop is too light to warrant engaging any others.

The first barbecue stand to be established in this section of the state will be opened for business at Fish Creek on July 2, by Mrs. George K. Beyer. The stand is located opposite the Parkside Filling station and construction was completed this week.

A specially designed machine handles a choice cut of meat which it revolves over an intense fire, occasionally dipping it in grease. The cooking process requires three and one-half hours to secure a delicious flavor. Pork is usually used and makes a sandwich that is different.

ROOSEVELT NOT ABLE TO ATTEND FESTIVAL

President Roosevelt will not be able to attend the Cherry Harvest Festival on July 22 and 23, a letter from his private secretary, M.A. LeHand, to Earl M. LaPlant, president of the Chamber of Commerce revealed this week.