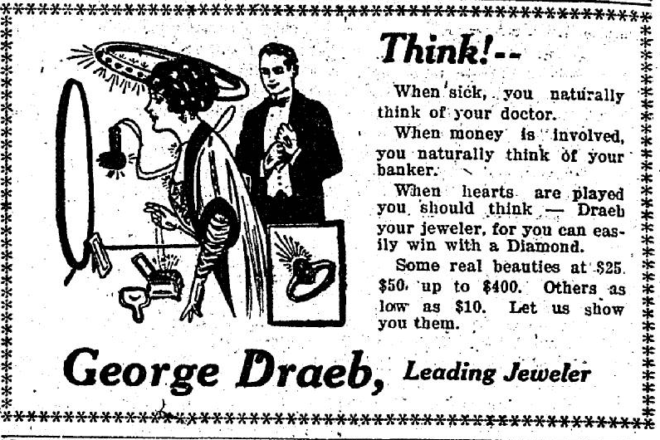 There is a considerable excitement over the temperance question in this town. The temperance folks having a majority on the town board is the occasion of a considerable uneasiness on the part of those interested in the sale of liquors. The position the board will take on the license question is not yet fully known; but the action of the saloon men has been such that they can have no reasons to expect any leniency will be shown them.

During the heavy wind Friday last the ice on Lake Michigan was driven with such force against the piers at Clay Banks and Foscoro, that a portion of each was carried away. Considerable wood and a large amount of ties were on the piers at the time, nearly all of which is a total loss.

She Got Stuck in the Ice.

The tug L. B. Godfrey started across the bay from Menominee on Saturday evening having on board some tallymen who were wanted to tally lumber that was to be loaded at the Island. The tug got stuck in the ice off the mouth of the bay and after using up all her fuel in attempting to break through had to give up and wait for assistance. The tallymen and part of the crew walked ashore on the ice during Sunday and came up to the city for the purpose of getting another tug to go to their assistance. The supply of provisions gave out and the men who remained on the tug found themselves in rather an unenviable predicament. The ice was not safe to travel on, but one of the crew went ashore to the Sherwood Point light station where he procured some food and took it out to the boat, not without getting a dousing in the icy water, however. On Monday morning the Leathm D. Smith broke a channel out to the disabled craft and brought her up to the city.

State Officials to Visit This County Early Next Month.

Selection of a site for the proposed state park in Door County will be taken up this spring by the Wisconsin State Park Board. The members of this body will arrive at Sturgeon Bay some time during the fore part of May or the purpose of inspecting the various sites which may be brought to their attention and selecting the one found most valuable.

This visit is the result of a measure introduced at the last session of the legislature by Assemblyman Thos. Reynolds, of this county, providing a small appropriation for the expense of inspecting Door County with a view to establishing a state park here. The bill passed, but it was found impossible for the members of the State Park Board to come here last fall, and their trip was postponed until this spring.

More house room is the crying need in Sawyer. People in order to secure a place in which to live must buy. The population would increase steadily if there were suitable houses to be secured for renting purposes.

Gallon of Liquor Seized By Police

The G. A. Huck barn was raided Monday morning by Chief-of-Police Hall and Officers Parkmanand Schroeder. As a result it is alleged that a gallon of “moonshine” was found after an hour’s search of the premises.

For sometime it is alleged by local authorities that complaints have made by parents that their sons were obtaining booze from that source. Last week through the influence of one of the local aldermen, it is stated, that two minors were brought before District Attorney Stapeleton and testified to having bought liquor from Huck. Saturday evening sentiment was again aroused when a number of high school youths were picked up by local police in an intoxicated condition and it is stated testified to having purchased the liquor at the same place.

Gov. A. G. Schmedeman on Friday signed a bill repealing Wisconsin’s Sunday blue laws which have been on the statute books since 1849. The bill was passed by the legislature in compliance with popular vote in a referendum at the November election.

While the bill legalizes Sunday baseball, movies, dancing and other amusements and sports, there is a clause in it which assures a day of rest each week for workers in virtually all industries.