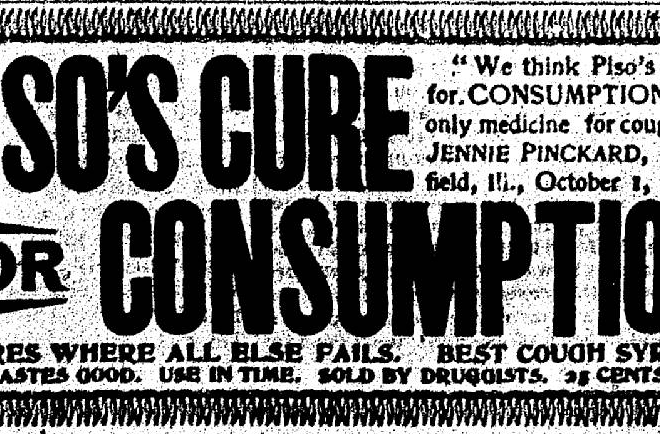 March came in so sweetly and beautifully warm that our poet warbled, “Sunday morning, Winter and Spring kissed in the sunrise and each spread its choicest favors on the azure sky.” He wants to get married.

A horse trot is announced to take place at or near Bailey’s Harbor to-morrow afternoon, for a purse of $75.00, mile heats, best three in five. The money will be contested for by Patsy Short and Geo. Mainz, of that place, and Leopold Jacobs and Alfred Zettel of this city. The race will take place in the afternoon.

This issue of THE DEMOCRAT is the last that will be printed. We have gone out of the printing business, have sold our subscription list, with all right and title thereto, to the J.J. Pinney Printing Company, publishers of the Door County Democrat, and have turned over to that paper our business, job printing, advertising, etc….

We are led to this move by a series of existing circumstances, but mainly from the fact that there is no room in Door county for three newspapers. None of us are practical printers, neither have we the time or desire to learn the trade. We are glad that we can say, without fear of contradiction, that there has been no division in the ranks of our party, even with two Democratic papers clamoring for patronage during the past two years and more. And now, with but one paper representing the interests of the party in Door county, and that one having a larger circulation than any other paper, our unity will be still greater and we predict a brilliant future for Democracy in Door county.

Thanking all our friends and patrons for their past favors and earnestly requesting that the same be bestowed, infuture, upon the Door County Democrat we bid you one and all adieu.

FIRE STARTS IN BASEMENT FROM AN UNKNOWN CAUSE

Will Reynolds, who telephoned the alarm to the engine house, saw the blaze at 4:40, the family having arisen early on account of the intended departure of Mrs. Reynolds on the morning train….By 7:00 o’clock there was nothing left of the building but blackened walls and smoking embers.

A light breeze carried a shower of sparks and blazing embers towards the business section of the city. Only the vigilance of men stationed on the roofs of the nearest buildings prevented a general conflagration.

The building, which was started in 1901 and first used in 1902, was a model in arrangement and equipment.

The tax put on liquors and cigars caused a sharp advance in those commodities on Saturday. Beer is now retailing at 10 cents a glass in the most of the dispensaries of the liquid fluid and whiskey advanced 5c a drink, selling for 20 and 25 cents.

The tax on beer has increased the price to $16 a barrel, which is the highest figure ever reached. An additional tax of $3 a gallon has also been put on whiskey.

All lines of patent medicines have likewise advanced because of the tax that has been tacked onto them by the government under the new revenues.

Cigars and tobacco have been called upon to bear a share of the burden, being assessed from $3 to $5 a thousand. The consumer is obliged to pay a cent more for each cigar.

The advance in the price of liquors naturally causes a falling off in the consumption, there being many people who would go without rather than pay the high prices.

For the first time in the history of the country people living in the rural districts and the cities of the country were able to participate in the inaugural ceremonies at Washington on Wednesday thru the medium of the radio.

It was simply marvelous. The playing of the bands preceding the taking of the oath of office by Chief Justice William H. Taft and the address by President Coolidge was heard as clearly and distinctly as if the performance was being carried on in the room in which the radio was located.

Radio parties were held in many of the homes of the city, and the receiving of the oath of office and address was listened to with awe-inspiring solemnity. It was a wonderful address and it was something that will long live in the memory of those who listened in on the first presidential inauguration in the history of the United States and the world.

With the repeal of prohibition a few years ago, taverns sprung up at almost every crossroad in Door county. Some of these taverns are conducted as respectable places, while others are operated by persons who fail to recognize the responsibility placed upon them, and they will sell liquor to anyone, minors, drunkards, and anyone who is willing to part with his money. Provided some restraint is not placed on such practices, the time will come when honest citizens of Door county will demand a referendum vote on whether or not this county enters the “dry” column. The whole matter is entirely in the hands of the tavern keepers, except insofar as the various towns and municipalities have at their disposal the right to issue or reject licenses to certain individuals and limit the number of places licensed to engage in the traffic. A step in the right direction at this time, it would appear to The News, is for all town boards to weed out undesirable places when the matter of licenses comes up for consideration in the early summer, and also limit the number to receive licenses.