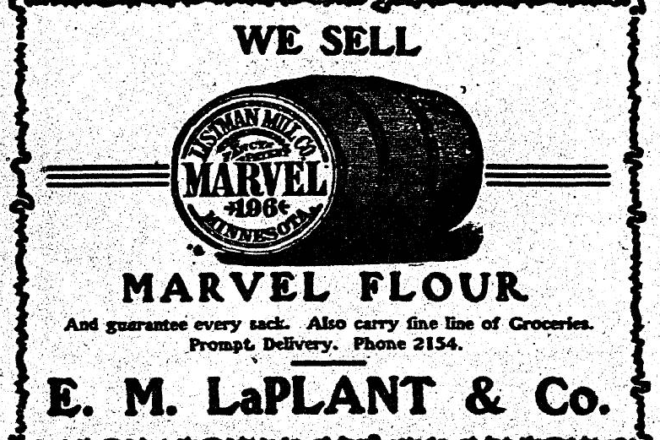 On Sunday last, a meeting was held at the school house near Mr. John Hock’s place, Sevastopol, for the purpose of taking into consideration the subject of erecting a Lutheran church in that town. Services to be in English and German. Another meeting will be held at the same place 3 weeks from next Sunday, when a subscription paper will be started for the above named purpose. All are requested to be at the meeting.

A Force of Men and Teams Now Working on the Railroad to this City.

Work on the line of the Ahnapee & Western railroad was commenced between Forestville and Ahnapee this morning, a gang of men and teams being started at clearing up the right of way and grading. It has been a settled fact in the minds of most of our citizens for some time past that the road would surely be built to this city, but nevertheless the information that work has begun is the most welcome piece of news that has been presented to the people of this place for a long time. Many attempts have been made by our business men to induce the building of a railroad to this city, and many disappointed have been met with, but the last endeavor has been successful, and the railroad that we have been waiting and wishing for so long is at this time actually in the course of construction.

What Happened to Tipler?

Claims He Was Assaulted During the Night and an Attempt Made on His Life.

Just what happened to drayman John Tipler Wednesday night to answer for the state of affairs Thursday morning found him in, is a mystery. He was home alone on that night, his wife and family being out of the city on a visit. The first one to put in an appearance the following morning found Tipler badly injured by a severe cut on the head and the floor covered with blood. The man was conscious, and first gave out the story that he had been assaulted and an attempt made on his life. He said he had gone to his home, in the Doherty stone building on lower St. John street at about eight o’clock and that upon entering his room he was struck over the head with a club. The people living in rooms below said they heard a thud, as of a person falling, but thought little of it at the time.

He was not discovered until the following morning, when a physician and a policeman, H. Van Doozer, were called in. His injuries were dressed and efforts made to get a tangible account of the state of affairs from him. He was known to have been drinking on that day, and the fact that he is said to have told stories that conflicted with the above account of his injuries add mystery to the affair. Mr. Van Doozer says that a careful inspection of the room reveals nothing upon which he could have fallen that would have inflicted the wound, but the most reasonable supposition is entertained by many that he was injured in a fall, or some more accountable manner than an assault.

His injuries are not considered dangerous, and it is thought he will be about again.

The high school board of this city quietly and unostentatiously eliminated German from the curriculum of the high school. This step was taken because of the action of the pupils on the subject.

It was not generally known that there was any intention to abolish the study this year, it being understood that those who had the take the course in the first year would be permitted to continue, but that no new classes would be commenced. It was decided, however, that there was no time like the present and without any blare of trumpets they quietly gave the order to discontinue the study and when the pupils enrolled on Tuesday they were asked how many desired to continue their studies in German. Only three scholars expressed themselves as being desirous of finishing the course. This settled the question and caused the board to take the step for its elimination.

CARNOT – Jean Halverson, 6, daughter of Mr. and Mrs. Ingwald Halverson met with a peculiar accident the latter part of last week. The child had been wearing one of the [conservative gubernatorial candidate Walter P.] Kohler campaign buttons and while playing accidentally swallowed it. She was taken to Algoma where X-ray pictures were taken. The child suffered no pain and seems to be none the worse for the experience.

WASHINGTON ISLAND – Capt. Wm. P. Jepson who operates the ferry boat Welcome between Gills Rock on the mainland, and Washington Island, has enjoyed splendid patronage during the summer season. The biggest day was Monday, Labor Day, when 48 automobiles belonging to summer residents returning to their homes in various parts of the country after spending a vacation here, were transported from the island to the mainland. Six trips were required to transport all of the cars.

Because of the increase in patronage each year, Capt. Jepson is planning for the construction of a tow barge with a capacity of 25 automobiles, that he might offer even better service during the busy season. The barge, to be of steel, will be constructed during the winter months.