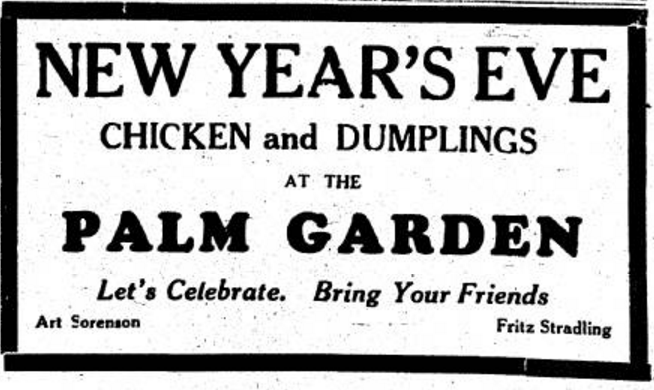 ARREST OF A BOLD DESPERADO.

Last night, a German who is known as “Capt. Iron Jack,” after several unsuccessful attempts to obtain liquor at the saloons, forced his way into the house of John Long on Main Street and demanded money of the terrified inmates. He was armed with a murderous knife, and threatened to murder every one of them if his demand was not answered. Sheriff Houle made his appearance at this moment and attempted to arrest the villain but he resisted, making desperate efforts to use his knife. The sheriff coolly drew his pistol and held him at bay until the arrival of Deputy Sheriff Willer, when after a desperate struggle, he was disarmed, ironed and lodged in jail. Sheriff Houle received several kicks during the melee, and narrowly escaped the repeated thrusts of the knife.

The bold desperado appears to have been entirely sober and yet so fiendish that even this morning, he threatens to murder the Sheriff if he ever gets those hand-cuffs off. He boasts of having murdered two men in Michigan with the very knife now in the Sheriff’s possession. It was only by the remarkable exercise of the well known coolness and bravery of Sheriff Houle, that this desperate and dangerous man was arrested without loss of life.

The Christmas ball at Hendrick’s in Bailey’s Harbor proved highly successful as to both pleasure and profit. The oyster supper, the first one of the season, displayed a fine taste in its preparation. When the jovial proprietor noticed that he had thirty-nine couples, he turned violently on us and said “I never charge newspaper men.”

The work of putting up the supply of ice which will be used at the brewery of the Sturgeon Bay Brewing Company next summer, was commenced on Wednesday of this week. Twenty-three men will be given employment while the job lasts, there being three houses to fill. The ice is about 18 inches thick and of first class quality.

The public library will be formally opened on Tuesday evening of next week. There will be a short program, consisting of readings and remarks by a number of the young men and ladies of the city. Chas. Greisen of the library board will make a few remarks, and the address of the evening will be made by Miss L. E. Stearns, of the Wisconsin Free Library Commission.

The library is located in the new Pinney building at the corner of Spruce and Cedar streets. The 1,500 volumes of books have been arranged on shelves, and everything will be in readiness after next Tuesday for the drawing of books.

One of the Most Active Counties in the State to Answer the Demands Made Upon It By the Government.

The year 1917 is passing into history. There is no desire to detain it if we could. What a year it has been! A year of unparalleled world upheaval. Wars and rumors of wars, to be sure.

The story of the year in Door county has been one of constant, steady, persistent loyalty and action.

Door county has contributed thousands of dollars as its bit toward the financial end, however that is but a “bit” compared with the fact that Door county has over 20 of its boys serving their country in the different branches of the army and navy.

The year 1918 opens with a call for continual loyalty and service.

“You’re Never Too Old To Learn,” according to Fred Wilke, sr., of Forestville, who observed Christmas Day by smoking a cigarette.

Mr. Wilke is 81 years of age and had never in his life used tobacco. Although it is doubtful whether he will acquire the habit of smoking at this time, he suffered no ill effects and apparently enjoyed the smoke to the last drag.

Mr. Wilke was born in Germany and came to this country at the age of 13 years. Up until Christmas day of this year he had never attempted to use tobacco.

Palmer Johnson of the Sturgeon Bay Boat Works stated this week that he had closed a deal in Chicago Friday for the construction of a 48-foot racing sail yacht, for John T. Shite of that city.

Construction will commence immediately after the first of the year, with delivery to be made late spring.