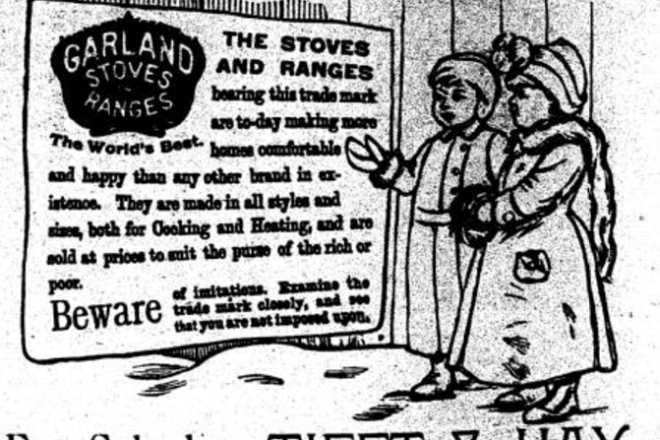 “Cast Iron Jack” made an unsuccessful attempt to break out of jail last Friday night. He broke out of his cell and filed one of the bars in the window of an adjoining cell nearly off. He had given it up however and was back in his cell when the sheriff went in, Saturday morning.

It is rumored that the Wisconsin and Central railroad company are contemplating the extending of a branch from Menasha to this city, providing sufficient inducements are offered by this and Kewaunee county in the way of aid. Our fine harbor and its splendid location for transportation of coal, salt, wheat and flour to and from the east by way of the lakes makes this one of the best terminal points in the west. While Green Bay has to depend on one steamboat line and sailing vessels, every boat running between Buffalo and Chicago could call in here with freight without much extra trouble or delay. The flour and coal trade is very large and the Central wants its share of it.

There appears to be no doubt that a large amount of ice will be harvested in this vicinity by Chicago companies, they have abandoned all hope of obtaining near enough near that city to supply their wants. Thomas Boyle, of Lincoln ice company, N.H. Anderson of Anderson, Freeman & Co., and Mr. Kurz, of the Kurz & Huttenlocher ice company, have been in town this week making preparations for work, and Mr. Boyle says that his firm will begin operations next week. The present thickness of ice ranges from six to twelve inches.

The first session of the German school under the direction of Rev. M. Klonka will be held at the Sons of Herman hall in this city on Saturday morning at 9 o’clock. This will be for children only, and as the Reverend gentleman’s charges are very reasonable a large number will undoubtedly take advantage of the opportunity.

John Riley, who lives in the first ward, west of the pop factory, states that while he was cutting wood in his woodshed last Thursday afternoon just before dark, a wolf came up to the door and he hit it with his axe but it got away. This is the first time for many years that a wolf has been seen in the residence part of this city and while there is no occasion to feel alarmed that the county is being overrun with the animals, it shows that they are increasing in numbers and are not confined to the timber country alone. These animals are not ferocious as the timber wolves were but will run at the sight of a man or a good dog. The killing of sheep throughout the county has been done mostly at night when there is no one around to watch them.

WOULD CHANGE NAME OF SAWYER

At the meeting of the city council held on Tuesday evening steps were taken to change the name of Sawyer to West Sturgeon Bay.

This step was taken because there is confusion among outsiders, who are not aware of the fact that Sawyer is the fourth ward of this city and has retained its name because of the mail service. It has been contended that if the name was changed to West Sturgeon Bay the mail would come to the main office from where it would be distributed. This would naturally cause the patrons of the west side to get their mail considerably later then they do now.

For this reason the matter was referred to the city attorney to secure information on the subject, as there is no desire to interfere with the mail service and unless it can be accomplished without doing this it will be dropped.

Decision is Rendered On Riparian Rights

Residents of the city of Sturgeon Bay who own land fronting on Sturgeon bay will be interested in the following decision which was issued by Atty. Gen. Orland S. Loomis at Madison on Tuesday at the request of the Station Conservation department.

“Where recession of water on lands bordering on Sturgeon bay results in a new shore line, each riparian owner along the old shore line is entitled to his proportionate share of the new shore line.”

The Conservation department owns certain lands fronting on Sturgeon bay and due to the recession of the waters in the bay new land has been uncovered. The method to be followed in fixing the property lines on such new lands brought the request for the opinion.