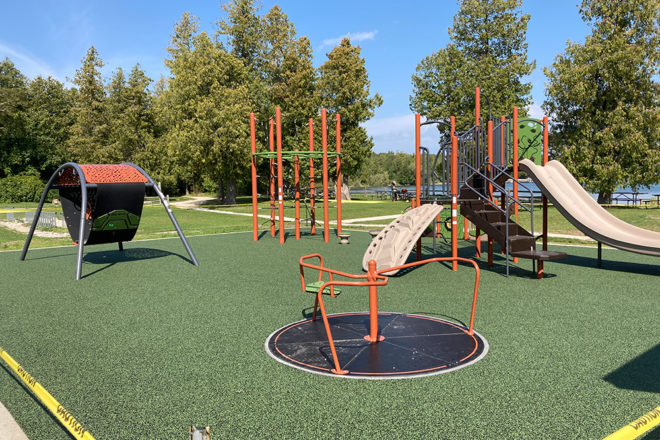 The new playground features an accessible surface and accessible playground equipment, including a flush-mounted merry-go-round, a universal swing and universal, interactive ground elements such as a rain wheel and music elements.