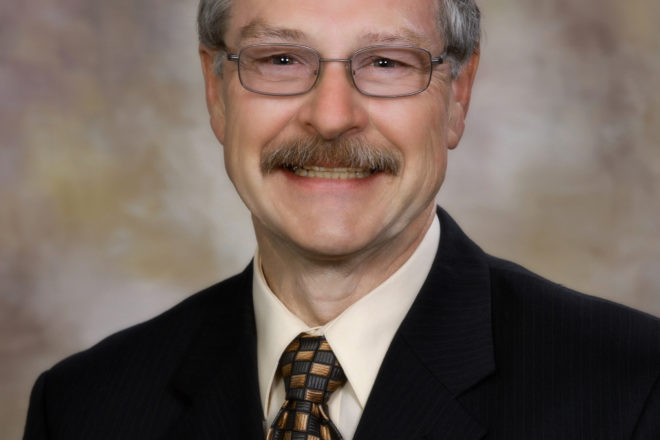 The community is invited to a Retirement Open House for Larry Gajda at the Nicolet National Bank Washington Island Branch on Dec. 30, 1 – 3 pm, at the Sister Bay Branch, 9477 S. Bay Shore Drive, on Jan. 5, 1 – 4 pm, with cake, coffee and conversation. After a quarter of a century of commercial banking, Gajda can point to businesses from Washington Island to Sturgeon Bay that he has been trusted to help. Gajda has decided to retire from Nicolet National Bank in January 2017.

Gajda and his wife, Donna, had planned to retire together at the end of 2015. However, Gajda was Market Manager for Sister Bay, Ellison Bay, and Washington Island when he received the green light to remodel the Sister Bay branch. He stayed on to oversee a major renovation and move to the building across the street at 2477 S. Bay Shore Drive.

Gajda didn’t want to retire without ensuring a smooth transition. He’s found that in Commercial Banker Ken Glasheen. Although they may have different personalities and approaches with customers, they look at the credit in the same way, with the same underwriting standards in mind. “The nice part about working with Ken in Sister Bay, there haven’t been any loans that I thought we should do that Ken wasn’t able to get done for the customer. Nicolet is truly a community bank. Our customers and employees can look forward to a great working relationship.”