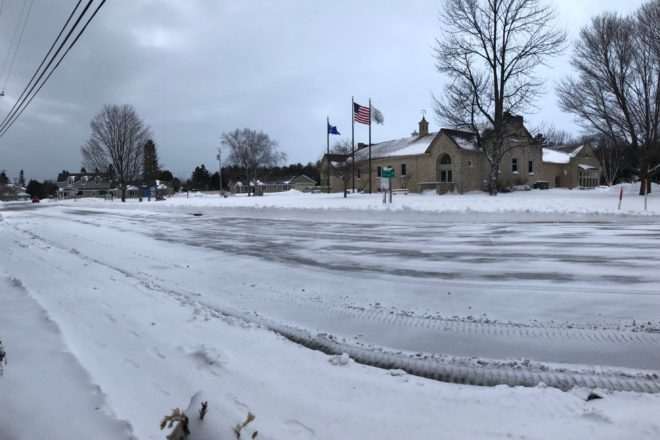 My father used to wage war against winter. With shovel and snow blower, with salt and ice melt, each year he fought a battle, pitting his wits and his strength against the wintry onslaught.

I used to marvel as he shoveled the roof and cleared the sidewalk and driveway, wrestling with piles of snow left by the plow that he had to move in order to finish opening up the exit from our garage. He was not a large man – small in stature, with strong arms and legs able to lift great shovelfuls of snow and move them so that we could walk or play basketball at the outdoor hoop.

In all of his 73 years, he never lived at peace with snow, with winter. He geared up for the battle in October, and the battle raged until there were only skirmishes left in late April or early May, when the last remnant of winter would gasp and drop the last spring snow. This snow would always melt, but when it came, there was a gleam in my father’s eye, ready to fight once more the last vestige of winter.

I never asked him whether he enjoyed winter. Maybe I was afraid he would deem that a stupid question because I loved the winter and the snow and the cold. There was something about the snowstorms and the wonder of an endless landscape of white that I found both beautiful and fascinating. There was always a moment when I was about to enter into an unshoveled sidewalk or street, a moment when the unblemished, unbroken canvas of white was waiting for someone or something to write or break the surface of the snow, and I wanted to scream, “Stop! Don’t walk on that! It’s just too beautiful.”

There is much to learn from winter. Much to learn from the blank canvas that it presents us. Much to learn from the silence of falling snow and the whisper of a snowflake landing on your tongue. Perhaps the winter lesson we need to learn is to stop fighting and enjoy the moment. A storm asks us to stop, to look, to listen, to build a fire in the forgotten fireplace, read a book, or find solace in a much needed conversation. Winter needs more than one opportunity for reflection and storytelling.

Write a winter story about a storm or snow, or the day you stayed home and baked cookies with your children because they couldn’t go to school. Take a moment to see whether you can live with winter, and stop fighting it, and let the snow take you where it will.

For many years, Brecke – former pastor at St. Paul’s Lutheran Church and a founding board member of Write On – has written a column for Write On’s website to encourage people to write or share their own stories.