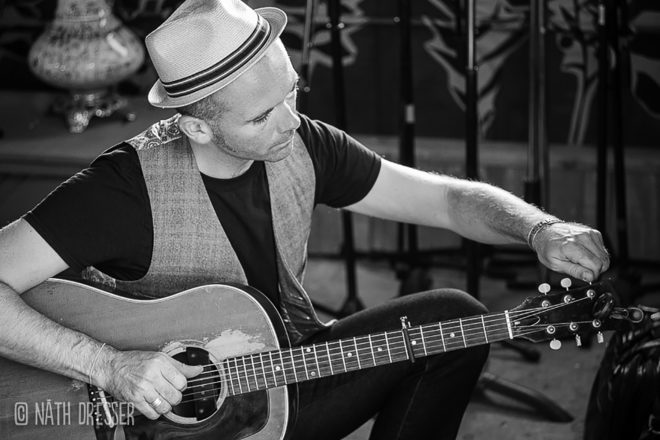 Josh Harty will perform at Lost Moth Gallery on April 15 at 7 pm. Harty is a North Dakota songsmith and a third generation musician.

After playing in several cover bands in Fargo during his teens, Harty started his songwriting career when a local booking agent asked him if he could perform 45 minutes worth of original material for an opening gig. He said of course he could and set to work writing the songs that would become the material for his first album, Three Day Notice. After just a week of writing and rehearsing these new songs, he received a standing ovation and encore request from the audience while opening for blues legend B.B. King.