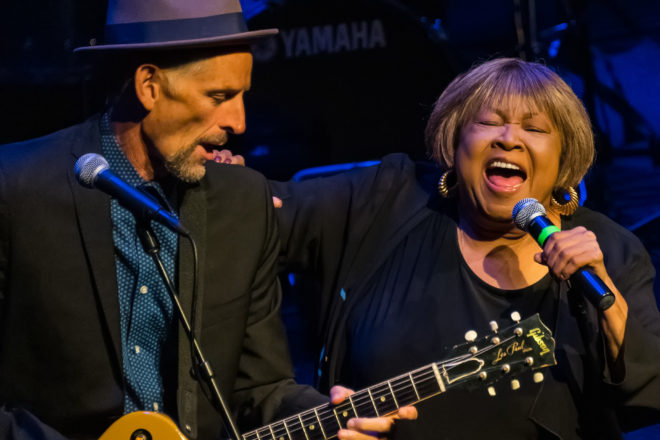 Brothers Luther and Cody Dickinson of North Mississippi Allstars grew up soaking in the music of their father, Memphis legend Jim Dickinson, and absorbing northern Mississippi’s musical legacy through nights spent at the local juke joints. In 1996, Luther (guitar, vocals) and Cody (drums, vocals) decided to use this musical background as the foundation for a new band, pioneering their own brand of blues-infused rock and roll.

The Chicago Tribune has called Mavis Staples an “American treasure.” She’s been a solid foundation of American music for decades, from the Delta-infused gospel sound she helped to create during the 1950s, to her engaged protest music during the civil-rights era, to a series of chart hits during the 1970s.

Tickets for North Mississippi Allstars are $25-$45; tickets for Mavis Staples are $60-$88. Face masks are required at both performances. Make advance reservations – which is recommended – by calling 920.868.2728 or visiting dcauditorium.org.