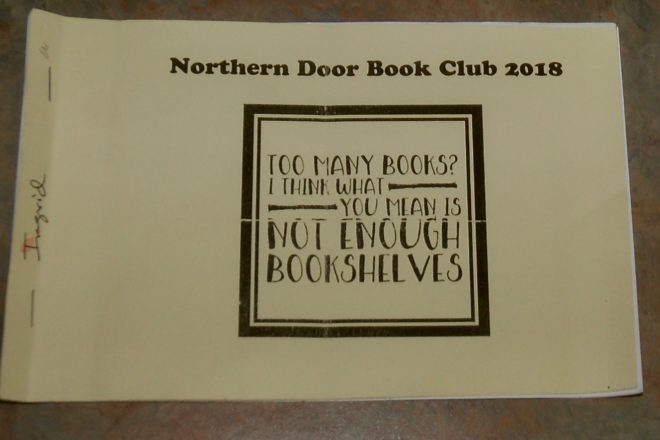 There have certainly been countless Door County women – especially in the days of limited TV, no cellphones and bad roads – who dreaded the coming of winter. Marge Nash, a city girl transplanted to Fish Creek, was one of them. Tourists, excitement and fellowship in the little resort town got her through the summer, but she saw nothing ahead to fill the long, dark days of the winter of 1953.

Marge had always loved books, but the local library was open just one day a week. She urged the library board to extend the hours, but that didn’t happen. Autumn passed, and she longed to have someone to share what she was reading. Finally, she asked her friends, Eunice Clark and Vera Sauer, the librarian, if they’d be interested in starting a book club. They tried to get other women involved, but had no success, so the three friends met by themselves every two weeks.

As winter wore on and life slowed down, several more ladies asked if they could join the Northern Door Book Club, as it had come to be called. By 1954, there were 12 members. Meetings were changed to the third Thursday of each month, and light refreshments were served. They couldn’t have imagined that young ladies not yet born would be carrying on the tradition 65 years later.

In the beginning, everyone read and discussed the same book, and play-reading, poetry, hobby demonstrations, seasonal topics and political studies were also enjoyed, but later it was decided to have one member read and review a book at each meeting, followed by a discussion.

As the years passed, so many summer residents wanted to join the group that an associate members category was established. Meetings moved to the Ephraim or Fish Creek town hall to accommodate the attendance.

In the early 1970s, it was decided to limit membership to 12-16 women so meetings could again be held in homes. Since then, invitations to join have been issued only when a member dies or moves out of the area. Through the years, there have been more than 85 members.

For the first 17 years of its existence, the book club had no formal organization, but in 1970, Dorothy Halvorsen became the first president. She organized the program a year in advance, with a hostess and reviewer for each month. (“No one could ever remember who was in charge,” she said.) Mary Hoffman was the second president, followed in 1992 by Evelyn Risseeuw, who is remembered for calling meetings to order with her authentic English Bobby whistle – a relic of her playground supervisor days in Milwaukee five decades earlier. 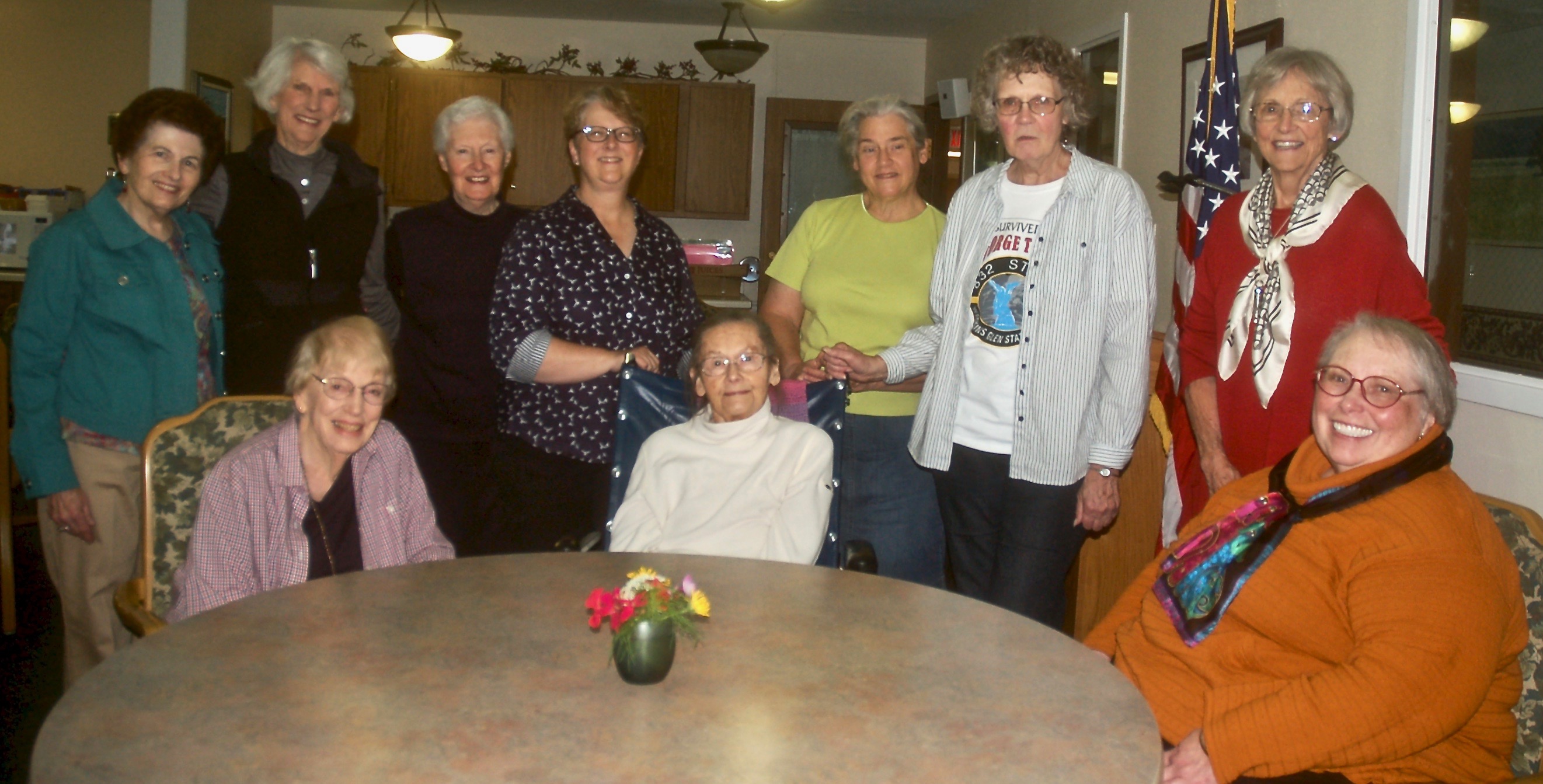 The construction paper covers were decorated with slogans like, “I Tried to Start a Gang Once: It Turned into a Book Club” and “Too Many Books? I Think What You Mean Is Not Enough Bookshelves.”

When member Gretchen Maring acquired a computer, she offered to make a template, which would enable her to do the pages each year much faster than Evelyn could retype them. Evelyn was delighted to learn what Gretchen’s “machine” could do.

So, in 1997, when Evelyn announced that she was becoming deaf and needed to step down, she said, “I think we’ll have a new president, and it’s going to be Gretchen Maring.”

Gretchen responded, “No, wait. This isn’t the way to do it. A slate of names should be prepared for an election.”

By this time, George Larson was creating the booklet covers. (Like much of the club’s historical materials, these have been donated to the Ephraim Foundation.)

Twenty-one years later, Gretchen is still the president and is still in possession of both her “machine” and the Bobby whistle that Evelyn bequeathed to her. Ingrid Halvorsen, Dorothy’s daughter, now produces the program book on her “machine.” All but two of the current members have email.
Barbara Larson, Dorothy Halvorsen and Gretchen wrote the club’s history for its 50th anniversary, which was celebrated with a champagne luncheon at the Common House in Baileys Harbor on July 17, 2003. The history was updated this year by Ingrid.

Dorothy Halvorsen began the tradition of inviting a mystery guest speaker to the club’s annual June luncheon. Secrecy was the key, so impressed on the guests that when Richard Carter arrived at a luncheon, he introduced himself as “mystery guest” without sharing his name. “Dorothy once said to me,” Gretchen recalled, “I’m going to tell you who this year’s mystery guest is, in case I die.”
Other mystery guests have included Bob McCurdy, Fred Alley, Marge Grutzmacher and a county resident who began writing “bodice rippers” to put himself through college and found that Harlequin pays so well, he continues to do so, using a female nom de plume.

Dues that were $3 a year 65 years ago are now $10. The money is used to send Christmas greetings to former members who are in nursing homes or have moved away. For each member who dies, a book in her special area of interest is purchased and donated to the library in the town where she lived. The club has always supported the reading program at Gibraltar Area Schools and makes an annual donation to Good Samaritan Society – Scandia Village, where the group now meets, except for its annual luncheon.

The tradition of a member reading a book and presenting a 30- to 45-minute review continues, except occasionally when a meeting is devoted to potpourri, when each member talks for five minutes about a book she’s especially liked. “I know there have been books I would never have purchased or picked from a library shelf,” Gretchen said, “if I hadn’t been so impressed with a review. It’s a wonderful way to learn about new books.”

There has been one recent, major change in the book club’s membership. Jean Swanson, a long-time member, now lives at Hearthside in Sister Bay. For many years, her son, John, helped her pick books to review and came to the meetings when she presented. He is now the club’s first honorary male member. “It will probably never happen again,” Gretchen said, “but he’s a legacy.”

And so, 65 years after it was started by a transplanted city girl who dreaded the long, dark winter in Fish Creek, the Northern Door Book Club has begun another year.

“It’s a very special group of interested and interesting women,” Gretchen said. “It’s such a privilege to be part of this community.”