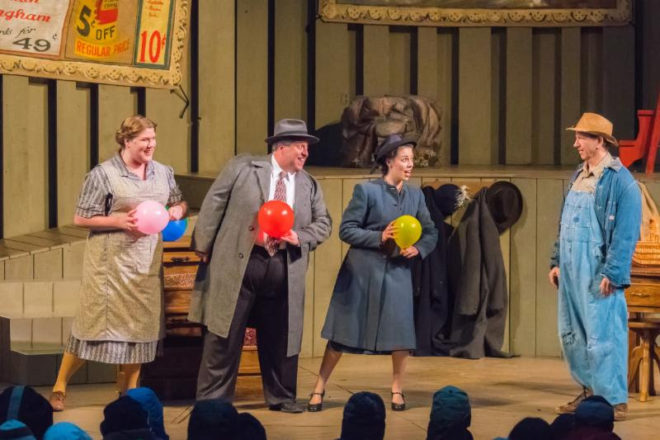 This summer will see the return of familiar faces as well as a new troupe of interns.

“Our intern program has always given young theater artists a chance to work in all areas of a professional theater,” said Artistic Director Jeffrey Herbst. “This year we have three outstanding interns taking on major performance roles in our shows, as well. Also, all five interns are Wisconsin natives and are attending or have attended schools in Wisconsin.”

Some exceptions to the schedule do exist. Check NorthernSkyTheater.com for performance dates and times. Tickets go on sale April 1 online and April 3 at the Northern Sky box office at the Green Gables shops in north Ephraim or via phone at 920.854.6117. April office hours are 10 am to 4 pm, Monday through Friday.