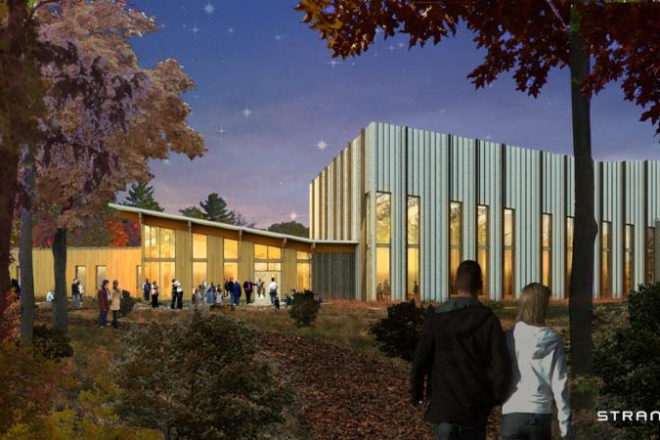 Northern Sky Theater’s Constellation Campaign to raise funds for their new Creative Campus in Fish Creek is closing in on the last 20 percent of their $6.7 million campaign goal. The company recently announced an anonymous match as an incentive for 20 additional donors to give a gift of $5,000 or more to be recognized on the company’s donor wall once their new space is completed.

“The community response to ensuring the future of Northern Sky here in Door County has been overwhelming,” said Artistic Director Jeffrey Herbst. “We are thrilled to announce this match as we head into the final weeks of our fall season.”

The incentive will run now through Oct. 31 and will match any new gift of $5,000 with the hope that Northern Sky will add 20 names to their donor wall. Plans for the design of the wall will be revealed after the company breaks ground.

The Northern Sky board of directors is committed to raising 90 percent of the total campaign goal in pledges or gifts before they break ground on the corner of county roads A & F.

“It has become increasingly critical that we begin building our new facility as soon as possible,” said Managing Director Dave Maier. “Our rental options are disappearing faster than we can replace them. This includes the farm where we have built sets for the past 20 years. That particular property sold last year and our lease is up in 2019.”

The purpose of the Constellation Campaign is to raise funds for Northern Sky’s new creative campus in Fish Creek. The campus is needed to safeguard the company’s future and provide new strategic opportunities for mission-focused programming. For more information on the campaign, visit constellationcampaign.northernskytheater.com.