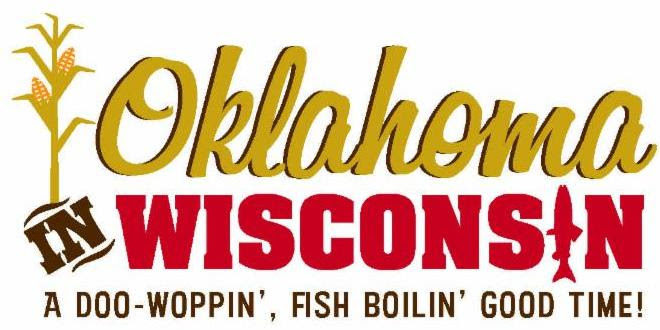 Northern Sky Theater opens its summer season June 14, with the world premiere of Oklahoma in Wisconsin.

In 2008 Northern Sky’s artistic director, Jeff Herbst, reached out to the Academy for New Musical Theatre in Los Angeles (now NMI) and encouraged writers there to develop ideas for future Northern Sky productions. Oklahoma in Wisconsin is Northern Sky’s third collaboration with NMI, after the success of Windjammers and When Butter Churns to Gold. Oklahoma in Wisconsin is a charming musical homage to Door County by Richard Castle (book and lyrics) and Matthew Levine (music).

Oklahoma in Wisconsin takes place in 1954, the year the movie version of Rodgers & Hammerstein’s Oklahoma! went into production. Hollywood wanted to film this classic musical on location so it could capture the widescreen Technicolor beauty of the waving wheat, but there was one problem: the state of Oklahoma had too many oil wells dotting the landscape, making it an unsuitable location to film the movie.

Hollywood would need to find a stand-in for Oklahoma. Oklahoma in Wisconsin imagines that one of those scouts made his way from Hollywood up to Door County and fell in love.

Northern Sky’s summer season runs from June 14 to Aug. 26 at the Peninsula State Park Amphitheater in Fish Creek. General admission tickets are $22 for adults, $11 for students, and $6 for children 12 and under. Reserved seats are $7 more per ticket. A park sticker is not required to attend performances.

Tickets are on sale in the Northern Sky box office at the Green Gables shops in north Ephraim, by calling 920.854.6117 or visiting NorthernSkyTheater.com.