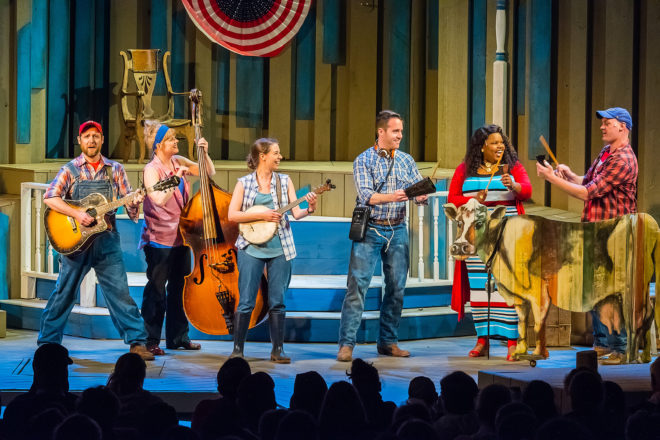 Northern Sky Theater has announced its 2019 summer and fall seasons. We Like It Where?, written by Corrie Beula Kovacs and Stephen Kovacs, celebrates ordinary people doing extraordinary things. It is based on the true “mouse that roared” story of the town of Winneconne’s brief secession from Wisconsin. The tourist-dependent town is left off the 1967 state highway map, and the locals take action. They come up with a clever publicity stunt, uniting their community and making world news in the process.

Back by popular demand is Dairy Heirs, written by Eva Nimmer and Joel Kopischke, with music by Alissa Rhode. It is a “modern-day family farming moo-sical” full of cheesy puns and singing sibling duos. Windjammers makes its second voyage to the stage since its premiere in 2013. Written by Robin Share and Clay Zambo, the story is inspired by the yarns and shanty tunes of 19th-century Great Lakes sailors.

The fall season features a world-premiere musical in Northern Sky’s new Creative Center. Dad’s Season Tickets, written by Matt Zembrowski, is a nostalgic musical celebration of family, folly and the Green Bay Packers. Frank Kosinski’s three grown daughters learn that one of them will inherit Dad’s treasured Packers season tickets. Old rivalries surface as the sisters try to prove who is most deserving.