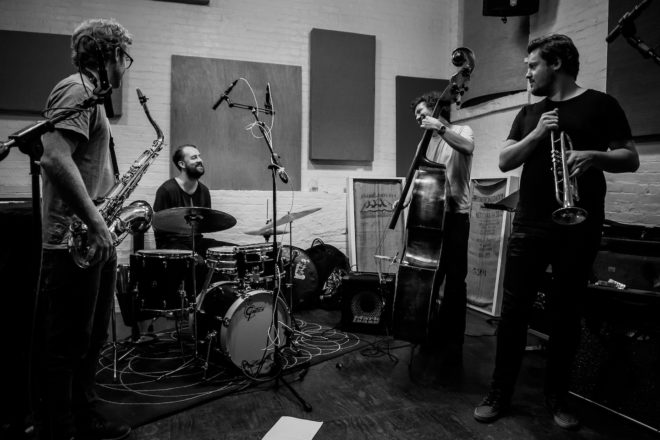 It all started in a living room flat with 20 people and four cases of beer. Now, 10 years later, Cortex is a world-renowned jazz band preparing a stateside tour for their new album Avant-Garde Party Music, which will begin in Sturgeon Bay on Oct. 3.

Cortex is a Norwegian jazz group led by trumpeter Thomas Johansson, with Kristoffer Berre Alberts on saxophone, Ola Høyer on bass, and Gard Nilssen on drums. Johansson’s passion for music began at a young age in his hometown of Skien (in the southern part of Norway), thumbing through his parents’ records after school. He picked up the trumpet – an instrument his mother had played as well – at age eight and became involved in big band music at 15.

After earning a bachelor’s degree in jazz from the University of Stavanger, Johansson moved to Trondheim and shared a flat with his lifelong friend Nilssen. Johansson and Nilssen approached Berre Alberts and Høyer, friends they knew from Skien, and after a few rehearsals and that fateful living room flat performance, Cortex was formed.

Contemporary jazz comes with a unique set of challenges. It is a genre steeped in tradition, and yet one that seems overdue for an evolution. Cortex is no stranger to this conundrum and does its best to straddle these two sets of principles.

“Cortex is our take on the American free jazz of the ‘60s and ‘70s, mixed with hard-bop, some rock, and other influences,” Johansson said. “Musicians taking the old stuff, learning it, and molding out something of their own, taking with them essentials and trying to create a voice.”

Cortex has benefited from a home country that gives substantial support to the arts. Johansson believes his band never would have made it to the States without funding from the Arts Council Norway and Music Export Norway. He takes this funding very seriously, and believes it comes with “a great deal of responsibility…(to) keep on producing original, improvised and contemporary jazz music for a diverse audience.” 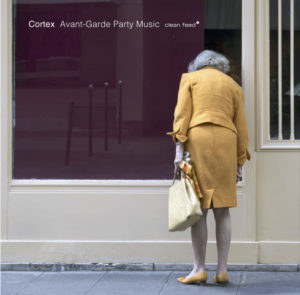 As for why Sturgeon Bay marks the beginning of an American tour that will take Cortex to Chicago, Philadelphia, and New York, Marcus Trana is to thank. Trana, a drummer himself, grew up with the guys in Skien and moved to Door County a few years ago. He opened the Nistebox food truck behind the Tambourine Lounge but continued to create music in his recording studio, Painted Recordings.

When he heard Cortex had an upcoming tour, he convinced the Tambourine Lounge to book them and then persuaded Johansson to begin their tour in Door County rather than Detroit. It is Trana’s dream to create an exchange program with Norwegian musicians, hosting Norwegians here in the United States, and then sending American musicians to perform in Norway. Trana hopes Cortex’s appearance opens more opportunities for this international relationship.

A lot has changed since those first Cortex rehearsals back in 2007, but Johansson said the dynamics of the band have stayed consistent. Johansson writes the music, and then arrangements are done as a group, evolving gradually on tour. Watching any of Cortex’s online videos, it is easy to see why they have garnered so much praise from American jazz and music journalists.

The band plays with such an energetic intensity and a feeling of recklessness at times, but never gives off the impression that the music is totally out of control. Though Johansson admits Cortex would probably be classified as “free jazz,” he dislikes any concrete labels, knowing the band is much more eclectic than any one adjective could explain.

If you do have the pleasure of seeing Cortex at the Tambourine Lounge, make sure to get a seat near the front. Johansson said having an intimacy with the audience is essential to a great performance.

“I personally prefer to have the audience close, in order to really feel their responses to the music,” Johansson said. “When everything clicks, it feels like everyone in the room is participating in moving the music in different directions.”

Tambourine Lounge is located at 59 N. 2nd Ave. in Sturgeon Bay. Tickets are $15 and can be purchased online at HolidayMusicMotel.com or by calling 920.743.5571. Doors open at 7pm and the show starts at 7:30pm. For more information about Cortex, visit cortexmusic.no/.