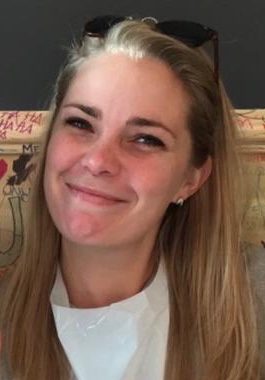 Washington Island school is small. So small, in fact, that when Mary Hansen graduated in 2008, it was a buzzworthy event in the community thanks to the abnormally large size of the graduating class – of 13.

“It was the largest they had in awhile,” she remembered. A few years later the graduating class numbered just one.

But going to the smallest k-12 school in Wisconsin didn’t hold Hansen back.

“When I went to college, it wasn’t like, ‘Oh my gosh what do I do?!’” she said. “Growing up on the island wasn’t too weird. It was just my normal. It’s not like we weren’t allowed to go other places. We had running water, we were allowed to drive cars. We still were held to high expectations by our teachers. I still got an amazing education.”

It’s an environment that in many ways has more in common with the one-room schoolhouses of yesteryear than the consolidated suburban high schools so many teens attend. On the island there is no six degrees of separation.

“All of your teachers are good friends of your mom, or a classmate’s parent, or a coach,” Hansen said. “They were more than a teacher, they had a personal connection to you.”

One of those was Leila Nehlson, English and history teacher who organized class trips to Chicago and Madison for juniors and seniors. “She was always trying to open our minds to the greater world,” Hansen said. “She wanted to show you that the world is bigger than just Washington Island.”

Hansen got a look at that larger world after high school, heading to UW– LaCrosse, where she got her degree in health education. She had every intention of carving out a career in education, but when her mother got into a serious car accident, Hansen moved home to help take care of her younger brother during his final high school years.

Hansen soon connected with Rob Purman at Island Orchard Cider in Ellison Bay—a cidery that makes its products from apples harvested on Purnam’s orchard, located on Hansen’s home island. She quickly learned the ropes and moved up to head of production. A day could entail everything from making a keg of cherry vanilla soda to sending orders to distributors.

“I’m really fortunate to have gotten this job here, near home,” she said. “To not be in shift work or seasonal work, and be at a place that is growing and where I get to meet a lot of cool people. I’m really lucky to be a part of it.”

She’s also on the board of the Newport Wilderness Society and has found her home in a supportive community.

“People genuinely want to foster young people up here, so I have nothing but support,” she said. “All of these women who have kids in school want to see more young people living in Door County, they want to see me succeed up here. Having a group of people rooting for you gives you such a great feeling of community.”