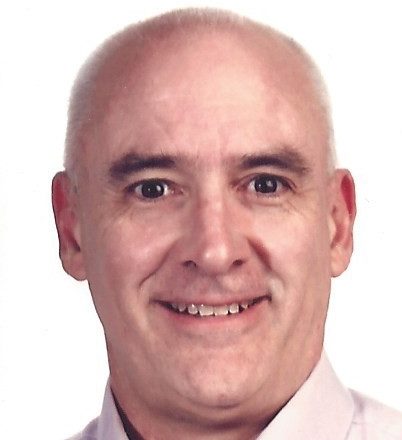 Works with lasers and electronics

Peter Bordui has spent more than 20 years living out of the country, yet he’s continued to make lasting contributions to the community that gave him his start.

Bordui graduated from Sturgeon Bay High School in 1978. He enjoyed his high school years having fun and making good friends, some of whom he remains in regular contact with today.

Following graduation, he attended the Massachusetts Institute of Technology to study material science. After earning his bachelor’s degree, he continued to strengthen his education by pursuing his master’s and doctoral degrees. Lab work took him to New York City, where he conducted research on materials for use in lasers and electronics.

“I managed to patent a few inventions from the work I did there,” Bordui said, and lasers and electronics continued to be his focus. In 1987, he moved to California’s Silicon Valley to lead a group at a commercial company to develop new materials and production processes for laser and electronic applications.

While he was there, his focus shifted from the technical aspects of lasers and electronics to business. He ended up managing the company itself – an interesting transition, he said.

He got married in California in 1996, and the couple had a son in 1999. Earlier that year, Bordui had started a job in the Netherlands but was able to make it to his son’s birth. Then he was back and forth a lot until his wife and son joined him overseas in May 1999.

“It was kind of a fun time to be doing that because that’s largely when the world was sort of stringing itself up for fiber-optic internet communication,” Bordui said. “Making those little widgets was something I was involved in running.”

His family moved to Switzerland in 2002, and instead of working full time for a single company, Bordui started a portfolio of activities, serving as a board member, investor or adviser to laser- and optics-related businesses. He’s worked with two-person companies and 3,000-person companies and companies in between. Some of them include Gooch & Housego, Bookham, NewFocus, JDSU and Crystal Technology.

He continues this work today, noting that the relationships he’s created – with people of different nationalities and skills sets – have been the most valuable and rewarding aspects.

“That’s really been the fun bit, looking back at it,” Bordui said. “When you’re really trying to get something done, you ended up knowing people in a more intimate way.”

Bordui’s advice to this year’s graduating class includes setting written goals for yourself, considering the bigger picture and meeting job commitments. He also stresses that time is your most valuable resource. Finally, he says, treat people with respect, and keep an open mind about new relationships and adventures.

But advice isn’t the only thing Bordui has given to the graduates of Sturgeon Bay High School. In 2001, he and his wife started a foundation to support graduates who are pursuing challenging academic programs. Though it’s not strictly defined, they prefer candidates who have “ambitious plans to push themselves and do things that aren’t easy,” he said.

The couple did some research with high school students and found that it would be more meaningful to give a smaller number of relatively large scholarships, considering how much college can cost. Therefore, this year the foundation has awarded $20,000 each to Emily Tess and Josephine Morkin.

“I think one thing we’ve maybe helped with a bit is having the students at Sturgeon Bay be more open-minded in looking at universities,” Bordui said. “For us, it’s been a lot of fun to have an ongoing connection with the high school and with the students and faculty.”