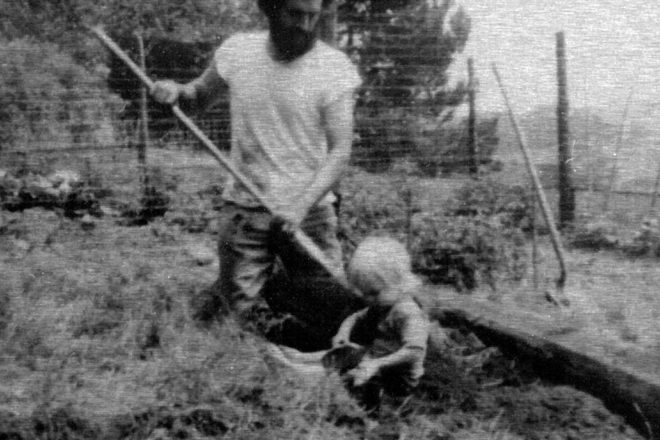 David Eliot in the garden with his father, Lawrence Eliot.

Father’s Day and Mother’s Day were not days I remember celebrating while growing up. We would of course acknowledge the day but there was little fanfare. Neither my Mother’s nor Father’s personality lent themselves to grand celebrations. My Father in particular is not comfortable being the center of attention.

Always an optimist, my Dad has given me the strength to try new things and encouraged me to find a way through the most difficult of challenges. He watched me make mistakes and fail, but through all of it, he believed in me. He has given me the courage to stand up for myself, to believe in the impossible and to persevere.

He is now a grandfather as well as a father. He spends a lot of time with my nieces. They are so lucky to have him in their lives. He reads them books, cheers them on at soccer games, and listens to their stories. He is patient with all of their questions and enjoys seeing the world through their eyes.

I hope to find the patience that my Father has, to follow in his footsteps, listen and to continue to learn. I owe so much of who I am to his example.

Despite my Dad’s ability to shy away from the spotlight, I hope that this year he takes a moment to think back on everything that he has given to so many people.

Thank you Pop, for everything.