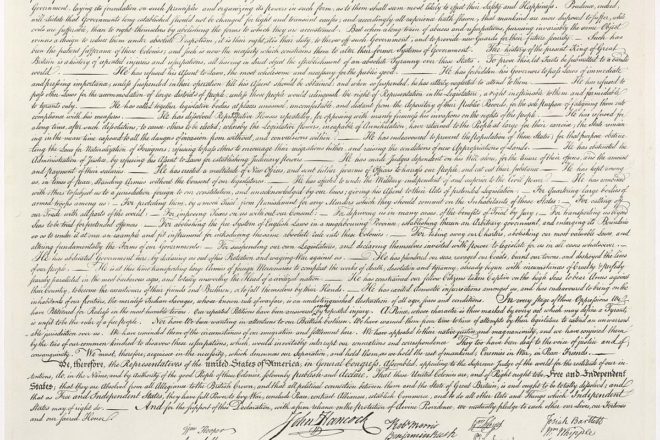 The number of the 13 colonies that voted in favor of the Declaration of Independence. Pennsylvania and South Carolina voted no, Delaware was undecided and New York abstained.

The number of signers of the Declaration of Independence.

The average number of people killed in car accidents on the 4th of July in the past five years, making it the deadliest day for driving. New Year’s Day is right behind with an average of 118.2 traffic fatalities.

The year Congress made July 4 a federal holiday.

The year Congress granted a paid holiday to federal employees for Independence Day.

The dollar value of American flags purchased by residents of Mexico.

The estimated number of people living in the newly independent nation in July 1776.

The dollar value of U.S. imports of American flags in 2015. The vast majority ($4.3 million) came from China.

The value of fireworks imported from China to the United States in 2015.