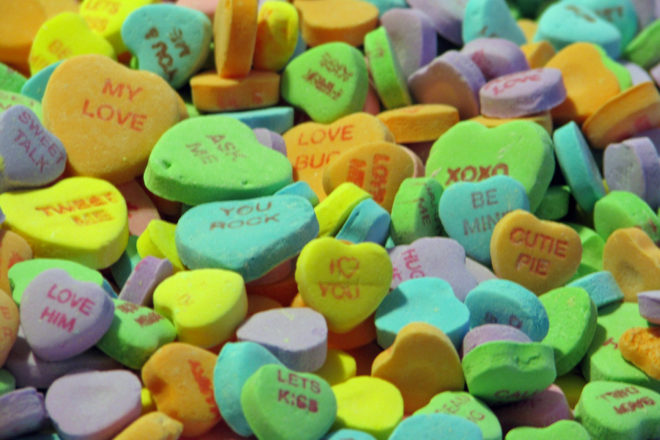 The percentage of single people who buy themselves a present on Valentine’s Day.

The percentage of women who say they would break up with their significant other if Valentine’s Day went unrecognized.

Percentage of American adults who say they celebrate the day.

The average amount women spend on their Valentine sweetheart.

The average amount men spend on their Valentine sweetheart.

The first mass-produced Valentine cards are sold in the United States.

The number of heart-shaped boxes of chocolate sold for the day.

The number of Valentine’s Day cards and gifts sent each year.

The amount Americans spend on sparkling wine for Valentine’s Day, making it the fourth bubbliest occasion, after New Year’s Eve, Christmas and Thanksgiving.

Dollars spent on candy the week before Feb. 14.