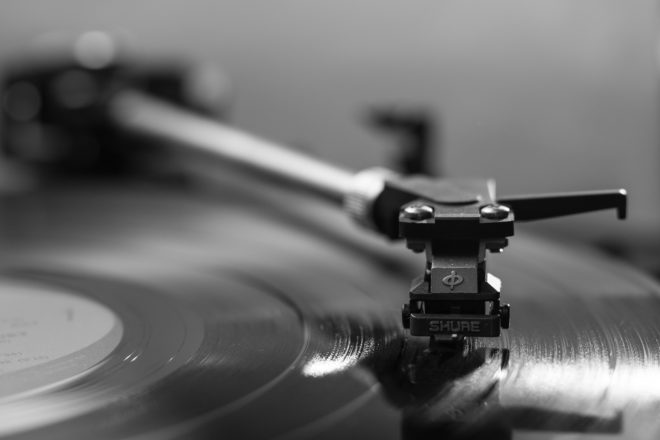 An email sent last week from Statista was headlined “The LP Is Back! But Does It Matter?” The point of the report was that vinyl LP sales have been on a steady climb since 2007, but still are just a fraction of total album sales. What the report fails to recognize is that it really does matter to vinyl collectors because it means more artists are releasing vinyl instead of just through other formats. Many argue that the sound quality of the vinyl record is better than that of digitally recorded music.

The year the CD was introduced in the United States (although they went on sale the year before in Japan). Some believed it meant the beginning of the end of vinyl records. The first CD ever pressed was on Aug. 17, 1982; it was ABBA’s The Visitors.

The year vinyl sales began positive sales growth, the only music format to do so. The upward climb has continued since then.

The number of Ed Sheeran’s Divide that were sold as LPs in 2017, making it the top seller among new recordings of the year.

The number of Sgt. Pepper’s Lonely Hearts Club Band LPs sold in 2017, making it the top seller of all vinyl releases. It helped that a 50th anniversary reissue was available. Abbey Road was next with 66,000 sold, followed by the soundtrack Guardians of the Galaxy:  Awesome Mix Vol. 1, which sold 62,000 copies on vinyl (tying with Ed Sheeran’s new release). Amy Winehouse’s Back to Black tied for the fifth spot with Prince’s Purple Rain soundtrack (58,000 units), followed by Pink Floyd’s Dark Side of the Moon (54,000), and a three-way tie at 49,000 units for Legend:  The Best of Bob Marley and the Wailers, Michael Jackson’s Thriller and the La La Land soundtrack.