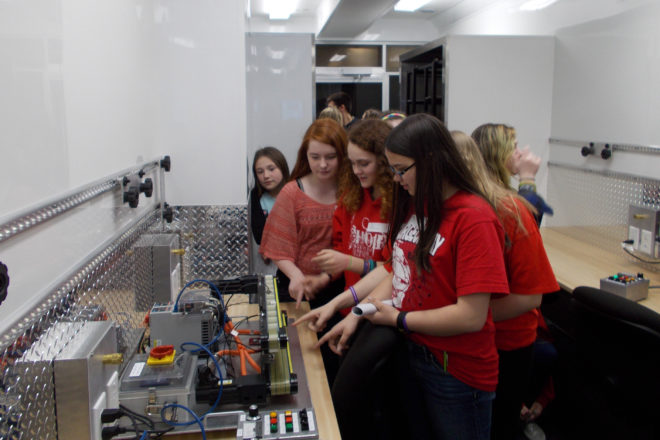 The idea for a community kitchen has been percolating in the Town of Liberty Grove for several years, but the idea took an exciting new turn when a contingent of Liberty Grove residents met with officials at the Northeast Wisconsin Technical College. 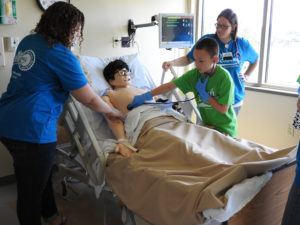 Town Board Chair John Lowry and Supervisor Nancy Goss were joined by town residents David and Karen Studebaker in the meeting with Cheryl Tieman, manager of the Sturgeon Bay campus, and Lori Suddick, NWTC’s vice president of learning. David Studebaker serves with Lowry on the town’s Economic Development Committee and chairs the IT Committee.

“The initial discussion was, could they move their kitchen equipment north if we could find a suitable location, or was there a better solution?” Lowry said. “That particular conversation really got expanded the more we got talking about it.”

The talk went from a commercial kitchen to a bigger NWTC presence for northern Door.

“Both Cheryl and Lori took it back to Dr. [Jeffrey] Rafn [president of NWTC],” Lowry said. “We started meeting in March of last year. The more we discussed, the more NWTC got excited about it. They had a similar experience in Florence County where they went into an old school building and had big success.” 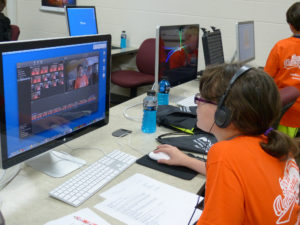 “What Dr. Rafn’s biggest push is, he doesn’t want people to think this is just another regional learning center,” Stewart said. “He wants to focus on this being about economic development, thus my role in this project. I work with a lot of the economic developers within northeast Wisconsin. So what we are really looking at are those types of things that spur economic development.”

“We have ben working with the township of Liberty Grove in strategizing economic development efforts for many years,” Perlman said. “This new potential opportunity has come directly out of those conversations.” 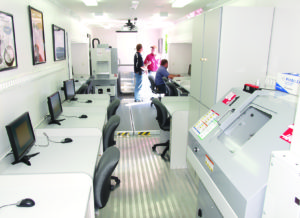 “We’ve been meeting monthly and essentially what we’ve been doing is coming up with what do we want to get out of the center and what would that look like?” Stewart said.

“They have a very aggressive schedule,” Lowry said. “They would like to get this thing up and running by fall.”

“We really are committed to looking at things like a makerspace, which creates an opportunity for people to have access to tools and other things they might not have access to on their own,” Stewart said. “You can use it for school-age kids to participate in STEM activities, to build projects. You can use it from an adult perspective so small businesses can do prototyping. That was one of the things we really talked about because we want to reach people of all ages. Makerspaces lead to entrepreneurial activity, which can eventually lead to new business creation and new job creation.”

To help determine the best use for a regional center, NWTC created an online survey where they hope to learn more about the needs of northern Door residents.

“The other piece we are looking at is really just the educational piece,” Stewart said. “We already run some courses up in northern Door for computers and some other things. What we really wanted to find out from the community is what else would you like to see up here. What are the three to five key things we need to include that will make this most successful and then we can create wraparound services as we continue.” 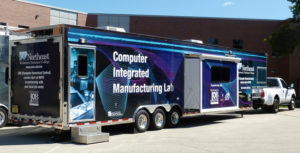 NWTC has also been looking for a site to provide service.

“Would we build new or would we use existing space?” Stewart said. “Right now we are leaning toward using existing space as long as it has the right components to it.”

He mentions that they have looked at the former Baylake Bank building in Sister Bay, but adds, “We’re not locked into anything. We’re just working with a number of people to look at this. It will come down to what should be in there and what do we do with it?”

Stewart said NWTC has a budget for this project.

“We have a number in mind, which I won’t share, but we want to look at what it will cost. If it’s more than what we want to spend, what do you do next?” he said. “We might have enough to cover it. If we don’t it might involve some public-private partnerships, but this is a college initiative.”

Stewart also confirmed the aggressive time frame that Lowry mentioned. “We believe that we could actually be doing something by this fall, even on a limited basis, depending upon how quickly we pull things together.”

As another way for the residents of northern Door to understand the many services NWTC provides, the college is holding an open house at Liberty Grove Town Hall on May 7, from 10 am to 2 pm.

“It’s really a tech camp open house for NWTC, for people of all ages,” Stewart said. “We’ll have all of our program areas there with activities. We’ll have our anatomy table up. We’re one of only two colleges in the state of Wisconsin that has an anatomy table. We’ve got a lot of simulator tables going on. We’ve got virtual welders and virtual painters that are going to be there. Our public safety group will have virtual fire extinguishers. Our business department is going to have their digital media program, which is going to have all kinds of things that you can do with digital media. And then we’re also going to have three of our mobile labs there. We’ll have Computer Numerical Control or CNC, which is a lot around prototyping and pre-printing. We’ll have our electro-mechanical trailer; we can do courses on electro-mechanical skills in there. The other trailer is our agriculture trailer, a grow trailer we use with some of our ag and sustainability programs. We’re going to have a lot of our deans from programs and Jeff Rafn, our president, will be at the event.”

Lowry said he is hoping for a large turnout from area residents to see the many things NWTC offers.

“What a tremendous potential for the northern end of the county,” he said.