A new class to be held at NWTC’s Sturgeon Bay campus drew media attention from around the nation last week. The class, titled “Community Response to a Mass Shooting Incident,” is designed to teach business owners and other community members what to do in an “active shooter scenario.” 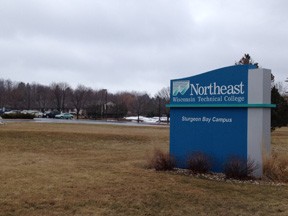 Molnar said he’s been interested in developing a mass shooting response class for some time now, but the course became a reality four months ago in the wake of the Sandy Hook shooting. Molnar felt it was important for the college to reach out to the community and educate them on what to do and expect in such a scenario.

“We want the public to know why police are doing what they’re doing, especially in a situation as complex and intense as this,” said Molnar. “It’s not really intended for a retired couple looking for something to do; it’s geared for a business owner or someone who manages a business because that’s where something like this is going to take place.”

The class will cover a variety of topics, including case studies of eight mass shooting incidents, how to perform a risk assessment of your building, what choices to make with an active shooter in your building, and what the police response to an incident will look like.

“We’ll talk about, for example, why police may not stop to help everyone calling for help if there’s a shooting going on. They’re going to go directly to the threat,” said Molnar. “We’ll talk about some things that maybe people don’t understand and some details the media often leaves out. We’re not going to sensationalize or glorify anything; we want to look at the details.”