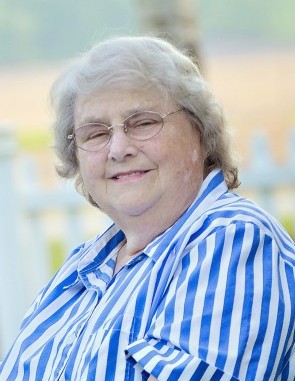 She was born January 16, 1936 in Fish Creek, daughter of the late Kurt Reinhold and Elsie (Krause) Scharrig. She was raised on the family farm in Jacksonport and graduated from Sevastopol High School with the Class of 1954. After graduating, Alice moved to Highland Park, Illinois and worked as a switchboard operator. In 1955, Alice moved back to Door County and was united in marriage with Fredrick “Fritz” John Merkle on October 8, 1955 at Immanuel Lutheran Church in Baileys Harbor. They purchased the Baileys Harbor family dairy farm in 1959 and owned and operated it jointly until Fritz’s passing on June 26, 1979. She operated it with her children until her retirement in 1994. Fritz and Alice were members of Zion Ev. Lutheran Church in West Jacksonport and Alice volunteered with the Ladies Aid group and the Altar Guild for many years. She loved bird watching and listening to and watching Milwaukee Brewers games.

Alice’s life will be honored with a funeral service on Friday, August 27, 2021 at Zion Ev. Lutheran Church in West Jacksonport at 11:00 a.m. with Pastor Peter Lindemann officiating. She will be laid to rest in the church cemetery beside her husband, Fritz.

Visitation will be held on Thursday evening at Huehns Funeral Home in Sturgeon Bay from 4:00 p.m. until 8:00 p.m. A devotion will be led by Pastor Gary Scharrig at 7:30 p.m. Visitation will continue on Friday morning at the church at 10:00 a.m.

The family would like to extend a heartfelt thank you to the staff at Pete and Jelaine Horton Center Skilled Nursing Facility and Unity Hospice for their support, care, and compassion.