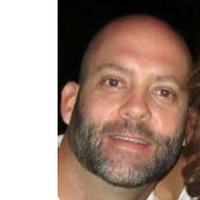 Arthur Glen Turnquist, 47, of Baileys Harbor, WI. died peacefully while surrounded by those closest to him at 11:24 a.m. on Tuesday, August 15th after a year and a half battle with an extremely rare and aggressive form of brain cancer.  Arthur was born on October 8th, 1969, to Carol Ann (Drew) and James A Turnquist. He grew up on the family farm northeast of Greenwood, WI.  He graduated from Greenwood High School in 1988 where he was a part of the 1988 state champion basketball team.  He earned his bachelor’s degree in Communications at the University of Wisconsin-Stevens Point in 1993.  Art loved the outdoors, organic farming, and touched the lives of all who met him with his charm, sense of humor, and kindness.

He is survived by his fiancé, soulmate, and best friend Amy Haleen and her daughters Riley and Raina Haleen of Baileys Harbor, his father James A Turnquist and stepmother Joan Strand Turnquist of Greenwood, WI, sisters Lisa Turnquist of Stratford, WI, and Chris Turnquist (Keith Foreman) of San Diego, CA, and stepbrother Steven Strand Turnquist of Santiago de Compostel, Spain, and many aunts, uncles, cousins and friends.
He was preceded in death by his mother Carol Ann Turnquist, grandparents, aunts Carol and Gladie and special friend Tessa Erickson.
Celebrations of his life were held Sunday, August 20, at Husby’s Food and Spirits in Sister Bay, WI, as well as at Our Savior Lutheran Church in Greeenwood, Wis.,  Aug. 22.  In lieu of flowers, donations to  Door CANcer, Inc, are appreciated.