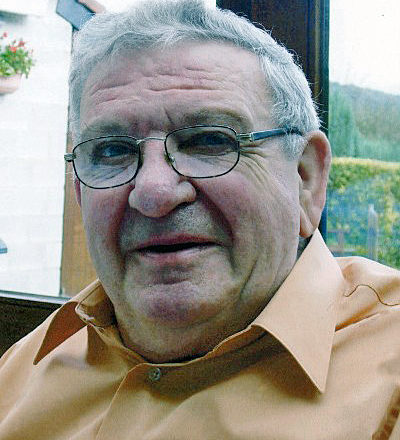 Auguste Hayot, 83, of Sturgeon Bay, Wisconsin, let his wife, Emma, know he loved her, before he died unexpectedly on Monday, October 9, 2017 at the Door County Medical Center Skilled Nursing Facility.

He was born September 14, 1934 in Dinant, Belgium, Europe, the son of Joseph and Rachelle (Spineux) Hayot. Auguste completed his secondary education in Belgium, served in the military there, and worked as an electrician. In 1975, a friend convinced him to travel to the America with nearly 240 other Belgium residents to visit with Belgian Americans (and Walloon speakers) whose families had settled in Northeastern Wisconsin. While visiting, Auguste was introduced to Emma Elizabeth (Mallien) Rankin who helped translate for (Auguste’s) Door County host family over dinner. He and Emma hit it off, and they were united in marriage less than a year later on March 16, 1976 in Sturgeon Bay. Auguste became a U.S. citizen in 1981.

While living in Sturgeon Bay, he worked for Peterson Builders Inc. for 16 years and also for Bay Shipbuilding Co. for a short time.

Auguste was a member of St. Joseph Catholic Church in Sturgeon Bay. He was also a former member of the Peninsula Belgian American Club in Namur, Wisconsin; he was very proud of his heritage. Auguste was known for carrying his French dictionary with him everywhere he went to assist with Walloon translation and everyday English. He played professional soccer in Belgium and helped coach soccer for beginners while living in Wisconsin. Auguste also enjoyed bowling in Wisconsin. He loved watching soccer and football and never missed watching the Green Bay Packers play on television.

Auguste was preceded in death by his parents; and son-in-law, Dale Lenius.

His life will be honored with a Mass of Christian Burial held at 11 am on Friday, Oct. 13, 2017 at St. Joseph Catholic Church in Sturgeon Bay with Fr. Robert Stegmann officiating. Entombment will be in the St. Joseph Cemetery Columbarium.

Visitation for family and friends will be held at the church, Friday morning, from 10 am until the time of Mass.

Memorials may be given in Auguste’s memory for the Peninsula Belgian American Club and the Namur Belgian Heritage Foundation.

“Our family would like extend a heartfelt thanks to the Door County Medical Center and Skilled Nursing Facility staff for the wonderful and compassionate care given to Auguste and our family the past four years.”

Huehns Funeral Home & Cremation Services in Sturgeon Bay. Expressions of sympathy, memories, and photos of Auguste may be shared with his family through his tribute page at www.huehnsfuneralhome.com.