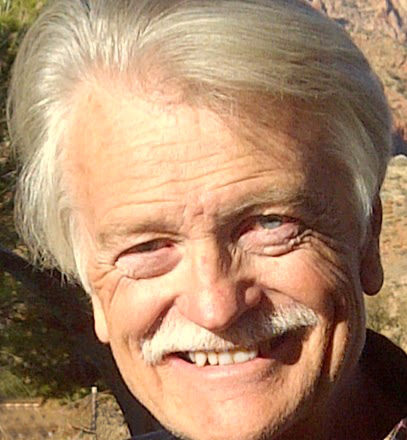 Barry James Teicher was born in Milwaukee, the fourth of seven children to George and Elizabeth Teicher. He died in Sister Bay, Wis. at the age of 70 on Nov. 25, 2016. Barry earned his B.A. in English and Anthropology from UW-Milwaukee and his masters and doctorate in Education Policy Studies and History from UW-Madison. He taught at DuPage Community School in Glen Ellyn, Ill., where he met his wife of 45 years, Jude. A truer, more beautiful love is hard to find.

Barry then taught at UW-Madison, soon becoming the university’s oral historian. For more than 25 years, he researched the university’s history, selecting scores of leading scholars and administrators associated with the university for interviews. Barry’s extensive preparation resulted in a fascinating archive that exists orally in audio/videotape as well as in writing.

Barry’s love of words and ideas led to his extensive work as a playwright, novelist and film producer. He won an Emmy in 1982 as Producer of the documentary film, Kathy. He wrote several produced plays, including Victory House, December Skies and  Desideratum. He also co-authored A History of Housing at the University of Wisconsin, and interviewed the artists represented in Progressive Printmakers: Wisconsin Artists and the Print Renaissance.

A private service was held at St. Luke’s Episcopal Church on Monday, Nov. 28, 2016, in Sister Bay. In lieu of flowers, donations to Sunshine House in Sturgeon Bay or the Door County Humane Society are suggested.