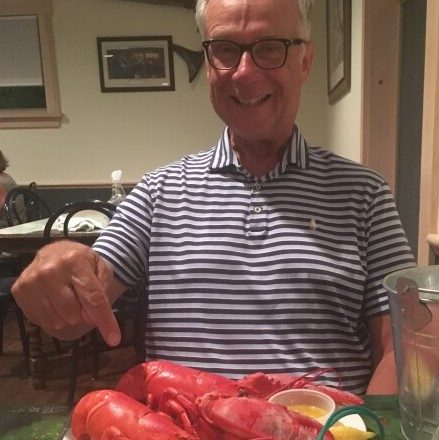 Benjamin Joseph Coopman, Jr., “Ben” to all who knew him, 69, of Sturgeon Bay, died on Saturday, August 22, 2020 while in the comfort of his home, after a brief illness.

Ben was born to Benjamin Joseph Coopman, Sr. and Dorothy Mae (Valitchka) Coopman on December 3, 1950 in Neenah. He grew up in Menasha, a proud Blue-Jay, graduating from Menasha High School in 1969. On November 24, 1971, he married Dianne “Dee” Marie Wills at Holy Rosary Catholic Church in Milwaukee. Ben was a 1973 graduate of the University of Wisconsin-Milwaukee earning a degree in Civil Engineering. His early professional career began at Bechtel in San Francisco, CA, where he, Dianne, and Amy discovered a love of the Bay area. In 1977, he returned to Wisconsin and became an Associate at McMahon. In 1986, he embarked on what would become his true calling, serving the public as Walworth County Highway Commissioner and later, Director of Public Works for Rock County, retiring in 2017 to Door County and residing Sturgeon Bay.

Ben was lifelong, faithful Roman Catholic, serving several parishes as lector, Eucharist minister, RCIA team member, and serving on buildings and grounds committees. For thirty years, he was a proud member of Kiwanis and served as president of both, the Elkhorn and Janesville Noon Rotary Clubs. His last three summers brought even greater joy serving as a volunteer tractor driver at the Cana Island Lighthouse in Door County.

Ben’s life will be honored privately by family with A Mass of Resurrection celebrated at St. Joseph Church in Sturgeon Bay with Fr. Robert Stegmann as celebrant.

He will be laid to rest in the columbarium at St. Joseph Cemetery.

If memorial gifts are desired, please direct them to either: The Door County Maritime Museum Cana Island Restoration Fund or Unity Hospice.

The family would like to thank Dr. Nirav Patel and the staff of the Vince Lombardi Cancer Center in Green Bay, Dr. Paul Maes, Fr. Robert Stegmann, and the exceptional and caring staff at Unity Hospice.

Huehns Funeral Home, Inc. & Door County Crematory LLC in Sturgeon Bay are assisting the Coopman family. Expressions of sympathy, memories, and photos of Ben may be shared with his family through his tribute page at www.huehnsfuneralhome.com.