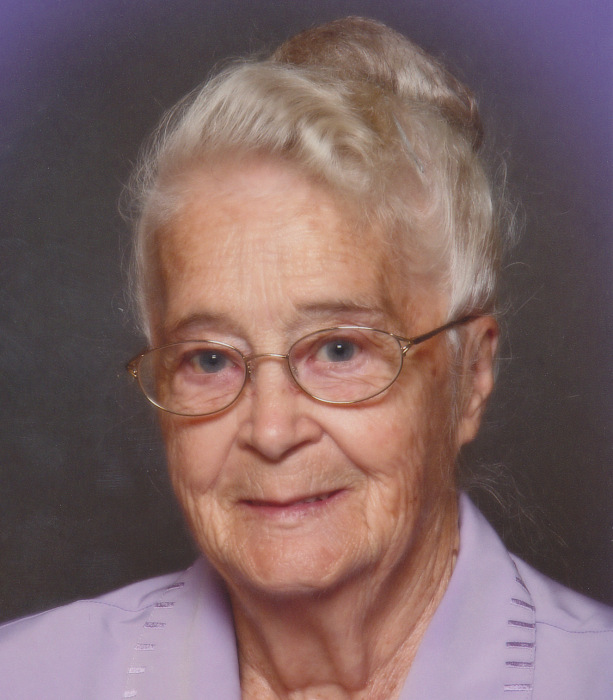 She was born October 15, 1926, in Davenport, IA, the daughter of the late Alfred and Bertha (Schiffke) Ziebarth. Betty graduated from Davenport High School.

On June 18, 1947, she married Elbert “Ray” Raymond Dearborn at the Little Brown Church in the Vale, Nashua, IA.  Together, they raised a family of 12 children.

She was born again May 2, 1960. Betty loved the Lord and looked forward to being called home to Heaven.

She loved to cook and tend to her flowers and traveling with her husband, Ray. She could out fish anyone. Betty was happiest when her dining room was filled and overflowing with family and friends. She treated everyone the same no matter who they were and would have fed the world if she could.

Betty was a woman of prayer. When she said she would pray for you, it was not just a platitude.  She would write you on her prayer list and hold you up to Heaven in prayer, daily. When she entered Heaven herself, God must have welcomed her, not as a stranger, but as a familiar friend who spoke with Him each and every day.

The family would like to express their sincere thanks to the entire staff at Golden Living Center-Dorchester for their kind and compassionate care shown to our mother, Betty.

Huehns Funeral Home of Sturgeon Bay and Beeman-Patchak Funeral of Boscobel assisted the family with arrangements. Condolences and guestbook signing may be offered at www.huehnsfuneralhome.com and www.beeman-patchakfuneralhome.com.