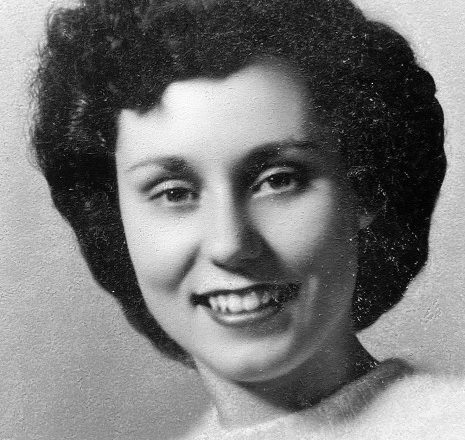 Beverly June Nelson, 90, of Sister Bay, formerly of both Ellison Bay and Glenview, Illinois, died on March 10, 2020, in the Care Center at Good Samaritan Society’s Scandia Village in Sister Bay.

June Nelson was born in Detroit, Michigan, on April 5, 1929, the daughter of the late Carl and Elma (Nilsson) Randau, and then moved to the Andersonville neighborhood of Chicago with her family at a young age, where she attended Helen C. Peirce School for elementary grade studies and then graduated from Senn High School in 1946.

As a teenager, June often said, she had had two beloved after-school jobs. One was at a candy store, where she over-served herself and which ultimately gave her a lifelong addiction to sweets, and the other was at a record shop, where she discovered Frank Sinatra during his first run as one of the most popular singers of the day. June considered herself to be one of the original “Bobby Soxers” of her generation, music fans who were catapulted into a state of young love by the handsome singer.

On January 21, 1950, June Randau married the late John Howard Nelson of Chicago, who had earlier returned from service in the Army Air Corps during World War II. The young couple purchased a small home on McVicker Avenue in Chicago’s Edgebrook neighborhood, an area close to the well-known Leaning Tower of Pisa, a replica of the historic landmark in the suburb of Niles, Illinois.

June and John had three children between 1951 and 1955, John Howard, Jr., Donna Christine (Don) and James Carl (Janet). The family moved to the Chicago suburb of Glenview in 1956, where they lived until June and her husband retired and moved to Door County, Wisconsin in 1979.

In retirement, the couple loved their new life on the Door Peninsula, and lived for decades on Ranch Lane in Ellison Bay in one of the county’s oldest pioneer homesteads, until moving in 2003 to the Hidden Maples neighborhood just down the street from Scandia Village. June and John were deeply involved in the life of the county for many years, with a special affection for the missions of both Scandia Village and Bargains Unlimited, where June donated many hundreds, if not thousands, of hours of her time. A longstanding member of Shepherd of the Bay Lutheran Church in Ellison Bay, June also managed the church’s quilting club for 20 years, which annually sent many dozens of handmade quilts to overseas religious missions for distribution to needy families, as well as U.S. military families.

The visitation and memorial service that were scheduled for Saturday, March 21, 2020 HAVE BEEN POSTPONED FOR A LATER DATE – TO BE ANNOUNCED.

Memorials may be given in June’s name for the American Macular Degeneration Foundation (macular.org).

Special thanks are extended to the highly professional medical and administrative staff of Scandia Village, whose careful attendance, empathy, and guidance made all the difference in the last years of June’s long life.

Expressions of sympathy, memories and photos of June may be shared with her family at caspersonfuneralhome.com.