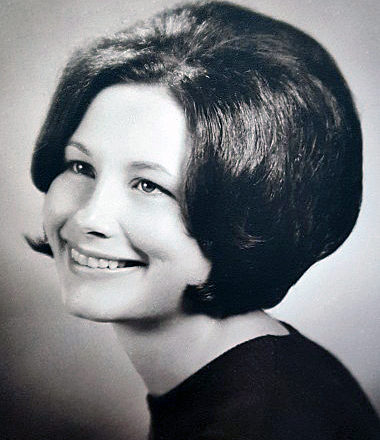 Bonnie Lee Baldwin, 67, of Forestville, Door County, formerly of Green Bay, passed away Sunday, July 3 at her home surrounded by her loving family.

She was born November 27, 1948 in Green Bay, the daughter of the late Lloyd and Blanche (Goffard) Pratsch. Following her graduation from Green Bay West High School, Bonnie received her BA in Education from UW-Green Bay. She continued her education receiving her Masters in Teaching from Leslie University. Bonnie was a teacher for life. She was employed with the Green Bay School District for nearly 30 years teaching elementary and middle school students.

On August 11, 1982 Bonnie married David O. Baldwin in Door County on the waters of Death’s Door. They decided to enjoy an early retirement and in 2005 picked up from their New Denmark home and move to the New Mexico Mountains. They enjoyed the outdoors together, and hiked extensively in the Rockies.  Always a teacher, she volunteer taught a Senior Women’s work program in New Mexico, educating them with computer skills. Bonnie also loved landscaping at her homes creating beauty with and into her surroundings. After seven years out west they moved east to be nearer to family and eventually settled in Door County south of Sturgeon Bay.

Bonnie was a supporter of the Green Bay Wildlife Sanctuary where she was a member of R-PAWS.

A memorial service for family and close friends will be held at a time yet to be determined.

Huehns Funeral Home & Cremation Services in Sturgeon Bay is assisting the Baldwin family. Condolences and guestbook signing may be offered at www.huehnsfuneralhome.com.