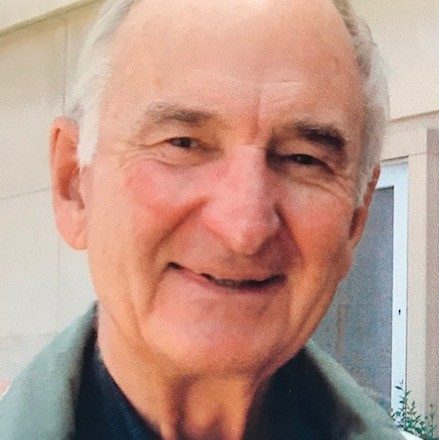 Bruce S. Blietz, 92 — a father, war veteran, home builder, private pilot and sailor formerly of Fish Creek — died at the Scandia Village Care Center in Sister Bay following a long illness. He was a graduate of Northwestern University in Evanston, Illinois, and a member of Pi Kappa Alpha fraternity.

A member of the Greatest Generation, Bruce served in WWII in the Merchant Marine, the youngest deck officer aboard the troop transport Hawaiian Shipper in the Atlantic, Pacific and throughout the Far East. He was then drafted into the Korean conflict, joining the U.S. Army’s 45th Infantry Division, with which he served in the U.S. and Japan.

Bruce was active throughout his civilian life in the National Association of Home Builders, the Home Builders Association of Greater Chicagoland and the Illinois and National Boards of Realtors. Prior to retirement, Bruce was president of The Blietz Organization, designers and builders of residential communities throughout the North Shore of Chicago. He was an advocate for the preservation of green space and an award-winning industry leader, recognized often for conservation in land planning.

Bruce is survived by his wife, Beverly, who was both his co-pilot and sailing crew for 64 years; sons, Craig (Kim) and Cameron (Annie); daughter, Paige (Mike); granddaughter, Mackenzie; and grandson, Casey.

A gathering for family and friends will be held on Sunday, April 28, 1-4 pm, in the Gallery Room of the Fireside restaurant, 7755 Hwy 42 in Egg Harbor. Please enter on the south side of the building.

His family expresses profound gratitude to Bruce’s caregivers and health professionals of the Scandia Care Center and Unity Hospice for their loving commitment to his comfort and spirit.

Expressions of sympathy, memories and photos of Bruce can be shared through his tribute page at caspersonfuneralhome.com.