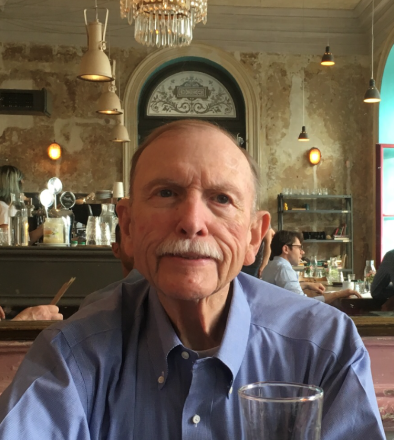 He was born in Zion, Illinois, to Carl Qualley and Gertrude Lena(Kuechler) Lee. Carl graduated from Zion Benton Township School and went on to Lakeforest College and Manchester College (Church of the Brethren). He also served in the United States Army Reserves. Duke married Patsy May Mintern on Oct. 27, 1963, in Zion, Illinois.

Duke worked as a HVAC salesman for Midway Supply, Lenox, Moran Supply and Generac. He retired in 1999. After retirement, Duke worked as a docent at Door County Maritime Museum in Gills Rock. He was a member of Shepherd of the Bay Lutheran Church in Ellison Bay, where he served on various committees through the years. Spending time with family and friends meant the world to him. Duke also enjoyed helping others.

He was preceded in death by his parents and brother-in-law, Donn T. Burrows.

To honor Duke’s wishes, no formal services will be held.

Casperson Funeral Home & Cremation Services of Sister Bay is assisting the Lee family. Expressions of sympathy, memories and photos of Carl can be shared through his tribute page at caspersonfuneralhome.com.

NO SERVICES TO BE HELD