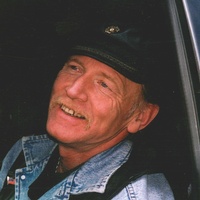 He was born in Chicago on April 1, 1947 to Carl M. and Helen (Fredin) Carlson. He lived all of his life in Ellison Bay. He owned Carlson Contracting and the Europe Lakeside Guest House.

He served in the U.S. Marines and was a very proud Marine. He was involved in the founding of the VFW Post in northern Door County.

He was preceded in death by one brother, Theodore Carlson.

Memorial Service will be held on Saturday, August 26, 2017 at 3:00 P.M. at Shepherd of the Bay Lutheran Church in Ellison Bay, WI.

In lieu of flowers, memorials in his honor may be given to the Wounded Warrior Project.