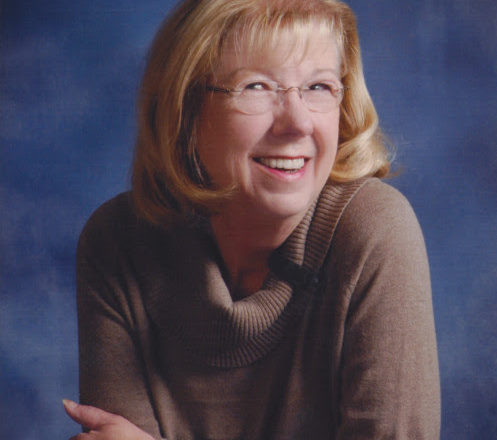 Carol Lynn Williams, 80, of Baileys Harbor, WI, passed away Sunday morning, January 22, 2023 at Aurora BayCare Medical Center in Green Bay, WI with family at her side.

She was born September 22, 1942 in Oak Park, IL, the daughter of Russell “Russ” Walter Weibler and Shirley Elenore (Gythfeldt) Weibler and was raised by Shirley and William “Bill” Boscamp (whom Shirley eventually married). Carol graduated from Arlington High School in Arlington Heights, IL with the class of 1960. She went on to enroll in beautician school to become a hair stylist.

Carol was united in marriage to William “Bill” Stanley Williams, of Baileys Harbor, at the Lutheran church in Wheeling, IL., June 1962. They were blessed with two children, Scott and Mark. Carol owned His N Hers Hair Design in Prospect Heights, IL for 20 years. She and Bill shared nearly 40 years of marriage. Bill died March 18, 2002.

Carol moved to Door County, WI just over 18 years ago following the dreams of her beloved Bill to return home. She opened the Harbor Inn located downtown Baileys Harbor in 2008.

Carol was raised Lutheran and attended Immanuel Lutheran Church in Baileys Harbor while living in Door County. She served on the board for The Ridges Sanctuary in Baileys Harbor and also on the Town of Baileys Harbor Planning Committee. Carol was always one to enjoy a glass of wine, going to out to dinner and socializing with friends in Illinois at Palm Court and Dover Straight and then in Door County at Alexander’s in Fish Creek and her beloved Cornerstone Pub with friends and fellow community members. She loved her dogs, Pepper and “Bru”tis and liked going for walks with them.

She was preceded in death by her birth father, Russell Weibler; her mother and father who raised her, Shirley and William Boscamp; husband, William “Bill”; brother -in-law, Ronald “Ronnie” (Betty) Williams; and other relatives.

Carol will be laid to rest in the Baileys Harbor Town Cemetery beside her husband, Bill, with a private graveside service with Pastor Gary Scharrig, of Immanuel Lutheran Church in Baileys Harbor, officiating.

Arrangements are pending for her life to be celebrated by family with friends at a later date – to be announced.

Memorials may be given in Carol’s name for a charity of your choice.

“Our family would like to express our heartfelt thanks to Pastor Gary Scharrig for your visits and support given to Mom and also to our friends and fellow community members for your support.”

Casperson Funeral Home in Sister Bay, WI is assisting the Williams family with arrangements. Expressions of sympathy, memories, and photos of Carol may be shared with her family through her tribute page at www.caspersonfuneralhome.com.