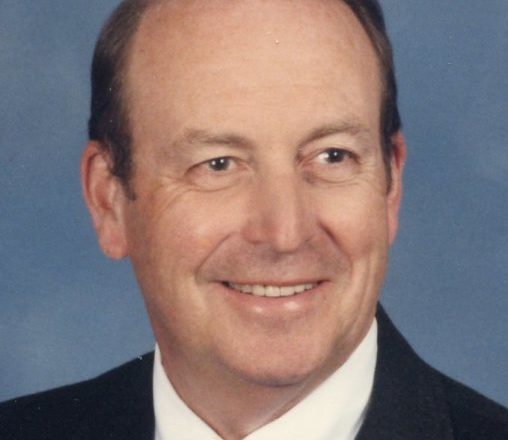 Chuck was born in Hinsdale, Illinois, to Elvira and Lloyd Bither. He graduated from Hinsdale Township High School in 1947 and Beloit College in 1951. He was proud to have served as a lieutenant in the Army Infantry during the Korean War.

In January of 1952, he married Leanne Mack of Green Bay. They met while both were attending Beloit College; Chuck often said she was the cutest girl in the freshman class. Chuck was on the Beloit golf team and remained an avid golfer his whole life. He made many friends through the sport, fulfilled a lifelong dream by playing St. Andrews in Scotland, and loved playing with the “Nooners” at Cherry Hills in Door County.

He worked for HP Smith Paper Company in Chicago for 30 years, retiring as VP of sales. He and Leanne raised their four children in Western Springs and LaGrange, Illinois. They moved to Door County in 1992 and loved their 28 years at The Shores and in Sturgeon Bay. Chuck served as an active member of Hope Church and was a chair of the Memorial Garden Committee.

Chuck’s family and friends respected the integrity, conviction and generosity in evidence throughout his life. He treated everyone with equal dignity and respect. He was a great storyteller and loved a martini as he watched a beautiful sunset over Green Bay.

He was proud of his children, grandchildren and great-grandchildren and was particularly happy about how close they are. He was a terrific gardener and loved the national parks, nature, geography, birds, dogs and politics. He was a lifelong, often frustrated fan of both the Chicago Cubs and Bears. He was passionate about music throughout his life, from singing in his high school and college choirs to listening to big band jazz.

A memorial service with military honors will be conducted Saturday, March 14, 11 am, at the Hope United Church of Christ in Sturgeon Bay. Friends may visit at the church on March 14, 10-11 am.

In lieu of flowers, memorials may be directed to the Door County Land Trust (doorcountylandtrust.org). Forbes Funeral Home and Cremations is in charge of arrangements.