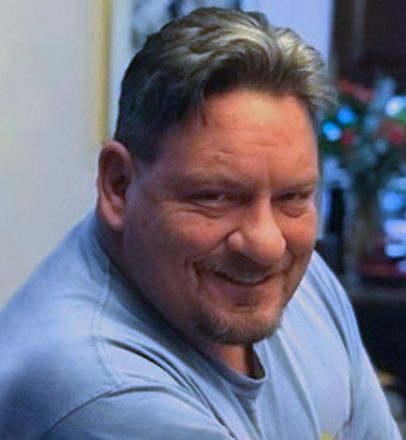 We are only given one full life to make an impact.  Chuck just did it faster. Countless lives were touched and impacted by Chuck and for an impressive list of reasons.

Chuck was a Yachtsman. For some, he was a brother in arms and shipmate. United States Navy: June 1988-July 1996. Nicknamed “Skippy” by beloved shipmates at times (but only by those who were looking for a possible glare of approval over the name). A member of the VF-32 Fighting Swordsman, stationed on the John F. Kennedy and fellow “Roof Rat.” Chuck worked as an Aviation Structural Mechanic and served in Desert Storm. He was medically discharged in July 1996. To all United States Navy veterans, past and present, you have the watch.

For others, he was just the guy on the foredeck sun-tanning during the most important race of the year (which, if we are honest, is EVERY race in the skipper’s mind), casually soaking in all the rays during the 36 hour vacation called “The Mac.” Of course, from the perspective of us fellow bowmen, we all know he was the only one acting like the Great Wall of China between the waves and the rest of the crew, trying to keep from going into hypothermia, holding back the chum, grasping on to whatever he could so as to not fall over the side and become the next “man overboard” drill, changing sails for the 13th time in 5 hours….all while fixing the mistakes the cockpit crew had made. Of course, he did it with that contagious (yet slightly smirky) smile, AND for the intrinsic benefit of knowing who “really” kept the boat moving forward.

For many, he was a wealth of nautical knowledge, some of which may have had a tendency to fly right over our heads, but certainly guaranteed to improve your understanding of being a sailor. He was the call you could make when something needed to get done. A man on whom many relied, and rightly so.

Chuck was a volunteer. Near and dear to his heart was the Milwaukee VA Fisher House Foundation, building comfort homes where military and veteran families can stay free of charge while a loved one is in the hospital. Chuck also encouraged and mentored the young men and women of the Sea Scouts, an organization instilling leadership skills and self-reliance in tomorrow’s leaders…while sailing of course. And every year, without fail, you will most certainly have heard about Louis’s Last Regatta out of South Shore Yacht Club, a final, last Hu Rah sailing fundraiser for Children’s Hospital. Chuck tirelessly encouraged all of us to join the Meltdown of Gungnir Crew in honor of his first-counsin-once-removed, Mycajah. We will never be FOREVER grateful and appreciative for every ounce of effort he gave, dollar donated, snow cone sold, beer savored, and life changed because of his generosity.

Chuck was a family man. You were able to see his transformation from the older, bigger, stronger (somewhat scarier) cousin who liked to pick on the cousins who were little guys and say hello with an ice-cold face wash, to the cousin in whose hands you’d place your own life…gladly.  I’m pretty sure we have the US Navy to thank for that. More than that, he warmly welcomed Tammie into the family at her first Review of the Fleet as SSYC, as she was slowly being acclimated to the life of a sailor. A warm smile, gruff laugh, easy conversation and even the occasional cutting the rug. That is how he welcomed her into the “fam.”

To us, he was “Chuckles.” The beloved term you give to the large-and-in-charge cousin who walks into a room and fills the entire heart of each person there. The one against whom you compare your ability to give the world’s greatest “bear hugs,” gladly conceding your loss every time. And sometimes, just sinking into his arms a bit more and waiting for the C.R.A.C.K. of eternal lumbar relief.

For two very special young men, Alec and Jack Emery, “FUNcle Chuck” was the light of their lives. And they, the everything in his. Whether sailing the Tri-State (or cleaning up after the Tri-State), taking Mackinac Island by storm, facing and conquering fears in the island haunted house tours, or demolishing the competition in the Emery chili cook-off, no young man could ask for a better partner-in-crime. From dominating the universe in online Xbox all-night binges (or maybe just 2 hour mini-binges) and Tenzi tournaments for the ultimate prize of bragging rights, to cheering on our Green and Gold all the way to the game just before the Superbowl, and crashing the night at Chuck’s crib-no other memories will compare. Reenacting their favorite plays in back-yard football games, Scooby Doo Nights, and Christmas never missed-this Kringle king will leave a void in two hearts that can only be filled by the memories they shared; memories that live forever; memories to mold them into the men they will become.

On Thursday, January 28th, a void was created. A void that came too soon and unexpected. But a void that I pray will make each and every one of us more deeply appreciate every moment we shared, memory created, race sailed, back crack received, drink toasted, wave crashed, sail changed, jet launched, bowl of chili devoured, starry night viewed, squall survived, conversation had, argument resolved, prayer shared, wet willy endured, and smile received followed by the gruff chuckle of the World’s Greatest purveyor of Free Bear Hugs.

We loved him, we will miss him, we are forever changed; and about the only thing we will not miss…are your sailing gloves.

Expressions of sympathy, memories and photos of Charles may be shared with his family through his tribute page at www.huehnsfuneralhome.com.