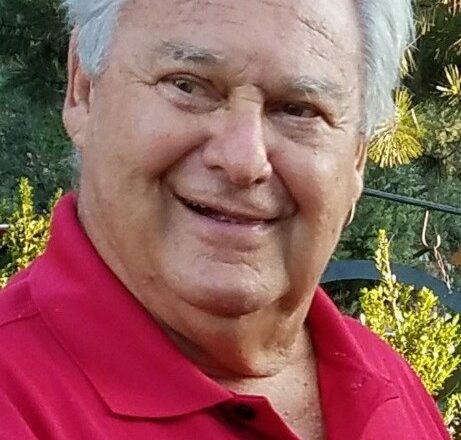 Charles (Chuck) Chester Mann, age 80, died on January 4, 2021 in Colorado Springs, CO. Charles was born July 31, 1940 in Sturgeon Bay, Wisconsin to Chester and Leona (Hawkey) Mann. He was a loving husband, father and grandfather. He leaves behind his wife of 52 years Barbara (Kasten) Mann and their 5 children, Christopher (Audrey), Craig (Jen), Scott, Beth and Katharine (Eliah). He also leaves behind 11 grandchildren. He was always proud of his children and grandchildren.

Charles was raised in Wisconsin with his two sisters and one brother. Charles met his lovey wife Barbara in Wisconsin. They were married on June 29, 1968. In 1981 they moved to Colorado Springs, CO where they reside today. Charles served in the United State Air Force for 7 years. He was a man of many talents including executive banker, home builder, ski instructor, golfer with a hole in one, hunter, fisherman, and raising koi fish. He loved to dance and will be remembered for all his stories. Charles and Barbara spent the last 18 years as snowbirds in Lake Havasu City, Arizona.

Memorials may be sent to Peninsula State Park Golf Course, PO Box 275, Fish Creek, WI 54217, where a tree will be planted in his honor.  A celebration of life will be held at a later date in Door County, Wisconsin.