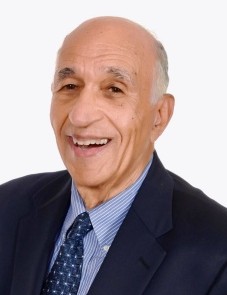 He was born in 1934 in Chicago to Edward DeGrange Sr. and Laura DeGrange. Following his graduation from Mount Carmel High School in Chicago, he studied chemistry at Loyola University Chicago. He then began his professional career with U.S. Steel, where he developed a patent. Charlie moved on to Helene Curtis and Avon, where he worked while attending night school at DePaul University, where he obtained his JD degree. Upon graduation, he opened his own law practice in Chicago. From a young age, he began acquiring various residential apartment buildings and commercial properties that he renovated and managed.

Charlie loved working. Oh, how he loved working! He actively ran his business until he was 85. He also enjoyed summers in Door County, boating, sunsets and spending time with his family and friends. He loved telling stories and would say, “Then what happened.”

A mass of Christian burial will be held at Visitation Catholic Church, 779 S. York St. in Elmhurst, Illinois, on Friday, Sept. 10, 10 am. Visitation will precede, beginning at 9 am, at the church.

Charlie will be laid to rest in St. John the Baptist Catholic Cemetery in Egg Harbor on Saturday, Sept. 11, 12 pm.

In lieu of flowers, memorial donations can be made in Charlie’s name to NE Clinical Office Hospice of the Valley, 16117 N. 76th St., Scottsdale, AZ 85260.

Huehns Funeral Home of Sturgeon Bay is assisting the DeGrange family. Expressions of sympathy, memories and photos of Charlie can be shared through his tribute page at huehnsfuneralhome.com.

VISITATION (OUTSIDE OF DOOR COUNTY)

MASS OF CHRISTIAN BURIAL (OUTSIDE OF DOOR COUNTY)