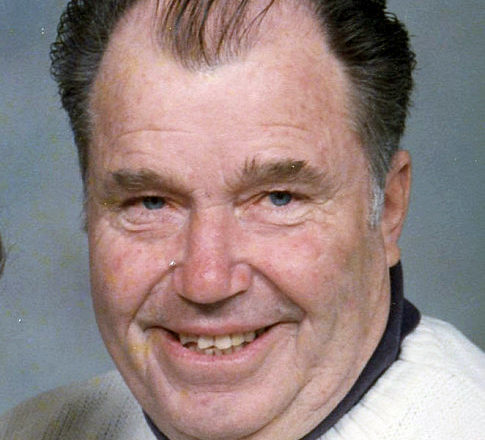 Charles Peter Schommer, 81, of Sturgeon Bay, died September 9, 2016 at his home. He was born April 13, 1935 in Milwaukee to Raymond and Rose (Hayeland) Schommer.  Chuck joined the United States Marines at age 16 by forging his birth certificate and served from December 4, 1951 to December 3, 1955.  On July 26, 1953 he was captured in Korea and held prisoner of war until September 19, 1953. We never did learn much about what went on in the POW camps, except that he got one scoop of rice a day and he had to eat it fast before it crawled away! He was very proud to be a Marine and belonged to the Marine Corps League detachment 1130, Military Order of the Purple Heart, American Legion Post 72, and Veterans of Foreign Wars.

On October 17, 1964 he married Gladys Froelich in Kewaunee.  They lived in Milwaukee where he worked as a carpenter with his dad and later worked for Mueller Pipeliners until they moved to Sturgeon Bay in 1968.  He went back into the building trade and belonged to Carpenters Union 1146.

Chuck enjoyed hunting, fishing and golfing. He had quite a reputation as the fisherman to watch in the Sawyer Harbor area. He always knew where big ones were.  Chuck also enjoyed his children and taught them how to live a good Christian life. His grandchildren were the light of his life.  He took them fishing, on mini vacations, out to eat, mini golfing and loved just having them around him.

A mass of Christian burial was held Thursday, September 15, 2016 at Corpus Christi Catholic Church.  Burial will be at St. Joseph Catholic Cemetery. In lieu of flowers, memorials can be made in his name to the Sunshine House or Wounded Warrior Project.