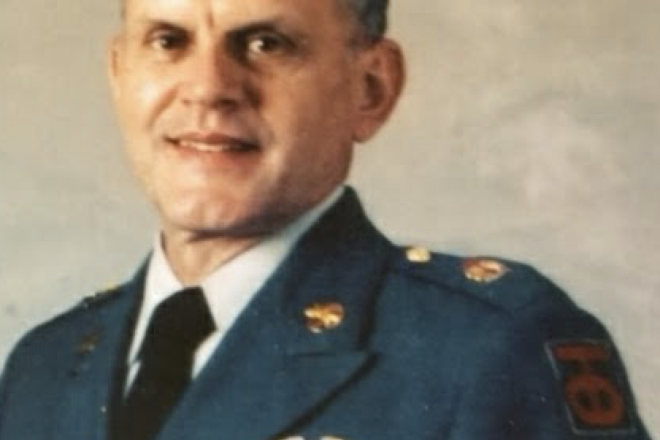 Chuck was born to Henry and Thea J Overbeck, February 5, 1944, in Sturgeon Bay, WI.  Charlie and his best friend, Dave Stafford, started the rodeo association at UW-Riverfalls. Chuck was a graduate of Texas A&M Commerce with a master’s degree in microbiology. He held a double A water license with the state of Texas. Chuck served in the United States Army and saw combat as part of the long-range infantry patrol in Vietnam. He served as a member of the National Guard and the Texas Army Reserves and retired as SFC E-7. He worked for the water department of Liberty City and was the water superintendent of Kilgore, TX for twenty years. He later worked for KBR in the Iraqi theater purifying water for our troops and drilling water wells for the country. Chuck was a member of the Church of Christ and worshipped with the Alpine congregation in Longview, TX.

A memorial service will be held in his honor Friday, February 5, 2021. Details will be announced later.

Chuck was preceded in death by his parents, Henry Overbeck and Thea J Peterson née Leasum; his brothers, Philip Overbeck and Michael Overbeck; and his brother-in-law, Leo Zipperer.

Donations or contributions may be made, in lieu of flowers, to the charity of your choice or to Alpine Church of Christ c/o Jerry Brumbaugh, Mission Ministry, 610 E Loop 281, Longview, TX 75605.