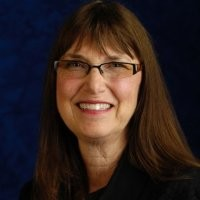 She was born November 9, 1948 in Camanche, Iowa, daughter of the late Charles “Bud” and Jeanette (Hugunin) Hansen. After graduating from Camanche High School with the Class of 1965, she attended the University of Iowa, where she obtained her bachelor’s degree and then Lake Forest College, where she earned her master’s degree. Charlynn began her professional career as a hematologist for Northwestern Memorial Hospital in Chicago, Illinois. She transitioned her career to work as a medical marketer for (known today as) Baxter Healthcare in Barrington, Illinois. Charlynn was most recently working as regional director for the American Cancer Society out of Chicago. On December 30, 1976, Charlynn was united in marriage with Richard Lindboe Girod. The two raised their daughter, Britlynn, in the greater Chicago area and in November of 2015, they moved permanently to the Girod family home in Nasewaupee. She attended Hope Church and was a member of the League of Women Voters Door County. Charlynn was known for her strength and close friends referred to her as, “Char the Star” and “A Force of Nature”. A woman of faith and a bleeding-heart liberal, she was passionate about medical science and helping people no matter the cost. She loved the great outdoors, astronomy, skiing, and the Iowa Hawkeyes. Char was a lover of all animals and enjoyed listening to John Prine, The Rolling Stones, Bruce Springsteen, and Leonard Cohen. She adored her many wonderful friends. She did not care for mean-spirited people.

Memorial donations can be made in Char’s name to the Door County Humane Society or ASPCA – two organizations she donated to regularly.

Huehns Funeral Home, Inc. & Door County Crematory LLC of Sturgeon Bay is assisting the family. Expressions of sympathy, memories, and photos of Charlynn may be shared with her family through her tribute page at www.huehnsfuneralhome.com.