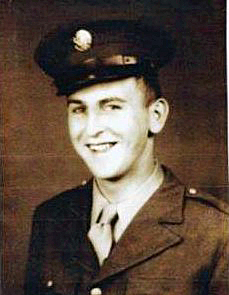 Chester August Thiede Jr., 90, of Sturgeon Bay, formerly of Two Rivers, passed away early Wednesday morning, September 27, 2017 at Pine Crest Village with family at his side.

He was born August 19, 1927 in Two Rivers, the son of the late Chester Sr. and Edna Mary (Taddy) Thiede. Chester graduated from Two Rivers High School in 1945. He served his country with the United States Army in Europe during the occupation of Germany following WWII.

On June 21, 1949, Chester married Joan K. Groy at St. Marks Catholic Church in Two Rivers. After moving to Sturgeon Bay, he worked for Bay Shipbuilding Co. for over 30 years and retired as welding supervisor.

Chester loved his family dearly and cherished the times together at the family cabin in northern Wisconsin.

Chester was preceded in death by his parents; wife; and two brothers, Donald and Thomas.

A Mass of Christian Burial will be celebrated at 11 am on Saturday, October 7, 2017 at St. Joseph Catholic Church in Sturgeon Bay with Fr. Robert Stegmann as celebrant. Military honors will follow at the church. Interment will be in the Shrine of the Good Shepherd Mausoleum in the Town of Scott, Green Bay.

Visitation for family and friends will be held at St. Joseph Catholic Church on Saturday, October 7, 2017 from 9:30 a.m. until the time of Mass.

Memorials may be given in Chester’s honor for the welding program at the Northeastern Wisconsin Technical College (NWTC) Sturgeon Bay Campus.

Huehns Funeral Home & Cremation Services in Sturgeon Bay is assisting the Thiede family with arrangements. Expressions of sympathy, memories, and photos of Chester may be shared with his family through his tribute page at www.huehnsfuneralhome.com.