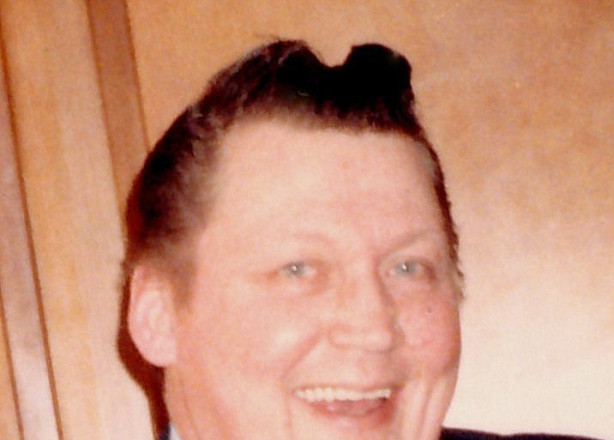 Clarence Douglas “Sunshine” Soyring, 80, of Sturgeon Bay, was called Home Tuesday evening, December 1, 2015, surrounded by loved ones at his home.

He was born April 27, 1935, in Maple, near Superior, WI. Clarence was the son of the late William and Ellen (Souminen) Soyring. He attended Northwestern High School in Maple and played on the basketball team. Clarence was a highly talented basketball player, and his success on the court gained the attention of numerous college recruiters. Upon his graduation from Northwestern High School in 1954, he turned down a collegiate basketball career and went to work on the Great Lakes with U.S. Ore Dock. Clarence was drafted into the United States Army in 1958.

He trained and deployed to Germany, during the Cold War, where he served as a U.S. Army tank commander and foreign language interpreter until his honorable discharge in 1960. While in the service, Clarence played basketball and toured with his base’s team. His athletic performance continued to allow him to be looked at by basketball scouts. In 1965, Clarence moved to Sturgeon Bay where he worked for Marine Engineering, on the Great Lakes Freighters, Joseph Wood and Henry Platt.

He was united in marriage to Mary Jeanne Champeau on April 23, 1965, at St. Peters Ev. Lutheran Church in Sturgeon Bay. They were married 49 years. Mary preceded Clarence in death on February 10, 2014.

He was very proud to have been a union member, working for organized labor for over 60 years. Clarence was a Union Steward for the Sea Farers Union and International Aerospace Workers. He retired from the Boilermakers Local 107 in 1997.

Together with his wife, Mary, Clarence owned and operated Sunshine Mobile Home Park in Southern Door for 22 years.

He was currently a member of St. Peters Ev. Lutheran Church in Sturgeon Bay. Clarence was extremely proud of his grandchildren, Matthew and Stephanie Soyring. He enjoyed walks with his dog, his loyal companion, Trucker. Clarence liked riding his bicycle, watching sports, listening to country music, spending time with his neighbors, having coffee at Econo Foods, breakfast with retirees, and also enjoyed playing the meat raffle at Waterfront Mary’s with his friends. He was a man with a heart of gold. Above all, Clarence was a good husband, father and grandfather. He was a strong, patient, generous, and loving man who would give the shirt off his back to those in need. If you knew “Sunshine,” his smile, kindness, and gentleness of spirit are what defined him. He will be sadly missed by all who knew him and loved him.

He was preceded in death by his parents; wife, Mary; and sister, Delores J. Gunderson.

Clarence’s life will be celebrated on Thursday, December 10, 2015, at Huehns Funeral Home in Sturgeon Bay with a time of visitation for family and friends from 4:00 p.m. until the funeral service at 7:00 p.m. Pastor Darrick Kolterjahn will officiate. Military honors by the United States Army and AMVETS Post 51 will follow at the funeral home.

Memorials may be given in Clarence’s name for the Boys & Girls Club of Door County and the Door County Humane Society.