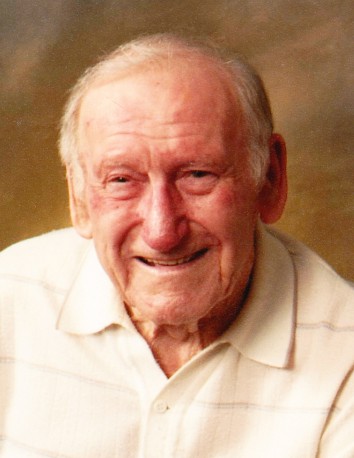 Clarence Joseph Geitner, 87, of Carlsville, died at Good Samaritan Society-Scandia Village in Sister Bay with family at his side.

A member of the oldie but goodie club, he lived a simple life, believed in God, believed duct tape could fix anything, and believed that a simple metal lean-to was the answer to any storage issue.

As a young boy, Clarence attended the Carlsville Schoolhouse and later graduated from Sevastopol High School before being drafted into the Korean War for 21 months where he climbed to the rank of Sergeant First Class.

Not one for traveling, he came back to Door County and took over the family farm. He bought a brand new combine with the money he saved up from overseas and lived by the motto: “Someday my ship will come in and with my luck I’ll probably be at the airport!”

Back in the day, Clarence enjoyed baseball and softball, shooting pool, playing sheepshead, and visiting with his life-long friends. In June of 1962, he married Helen Jameson. Together they had 4 children, William (Drew), David (Penny), Baby Joe, and Roberta (Jeff). And then came the addition of grandchildren with Dave Jr. (Sam), Kendra, Kiana, Kayla, Joe, and Emma. He doted over his grandkids, often babysitting for, playing with, and encouraging each of them.

Life wasn’t always a “walk in the park” as he lived through two house fires, multiple barn fires, one of which ultimately destroyed the family business in 1984. Stress and disappointment led to a stroke at the age of 53, and this was when he became the crooked little man we all knew and loved.

Not one to lie down in the face of adversity, Clarence proved his doctors wrong when they said he would likely never get out of his wheelchair after his stroke. And he has remained a fighter all the years of his life.

The kids all tried to keep dad in his crooked little house for as long as we could by shopping, cleaning, maintaining, and caring for him. However, it was a diagnosis of dementia, as well of a series of falls, that created the need for him to be placed in a 24-hour care facility. The caring staff at Scandia Village Retirement Center, and specifically Birchwood, were a blessing to us at a time that we didn’t know what to expect and they gained our trust by doing what was best for him. Here Clarence got to interact with others, eat balanced meals, make crafts, listen to music, go to church services, and be safe. We were able to visit him and take him his favorite food: a cheeseburger, french fries, and a Diet Pepsi. And on holidays we would “kidnap” him from “the home” and bring him back to the farm for a family gathering as he enjoyed watching the animals and looking at old photos of the farm from days long past.

He is now happily reunited with many of his lost loved ones including his wife; mother and father; infant son; older brother, and two sisters; as well as many friends he made along the way. Clarence was in no way a wealthy man monetarily, but he was rich in knowing what life was all about. He knew life was meant to be lived, to the best of our ability, with the people we love. He knew life isn’t always easy but it’s worth every minute.

A Mass of Christian Burial will be celebrated at 11:00 a.m on Friday, June 8, 2018 at Saints Peter and Paul Catholic Church in Institute with Fr. Ron Colombo as celebrant. Clarence will be laid to rest in the church cemetery with full military honors.