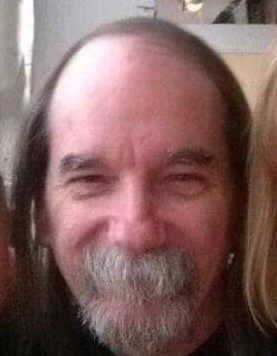 He was born September 21, 1954 in Washington, D.C., the son of Clarence Claude Marcussen and Mary Ann (Peot) Marcussen. His father was serving in the United States Air Force prior to their return home to Door County, WI. Claude grew up attending St. Joseph Parish and School where he received Confirmation and was a (youth) alter server for Mass. He graduated from Sturgeon Bay High School.

Claude began working for Dorco Manufacturing (which eventually became WireTech Fabricators) in Sturgeon Bay in the mid/late 1970s. He had a passion for music, initially inspired by his father who was a musician, and would eventually go on to start and play in local bands Chrome Alley and most recently Dow Jones with his close friend, Mark Thiede. Claude returned to WireTech and worked as a setup technician during the 2nd shift. He married Barbara Jean (Wierichs) Powell Esther on September 15, 2001 at the Peot family cottage. Claude continued working at WireTech until his health prevented him from doing so.

He had an interest in aviation with his father being in the Air Force. Claude liked building his radio control airplanes and flying them with the Bay Flyers. He also enjoyed riding his motorcycle.

He was preceded in death by his parents; sister, Candy Ehnert; sister-in-law, Roberta Wierichs; and other relatives.

Claude’s life will be celebrated with family and friends at a later date.

Barb and Sara would like to express their heartfelt thanks to the staff of Unity Hospice for the kind and compassionate care given to Claude these past few weeks.

Huehns Funeral Home, Inc. & Door County Crematory LLC in Sturgeon Bay are caring for the Marcussen family.  Expressions of sympathy, memories, and photos of Claude may be shared with his family through his tribute page at www.huehnsfuneralhome.com.