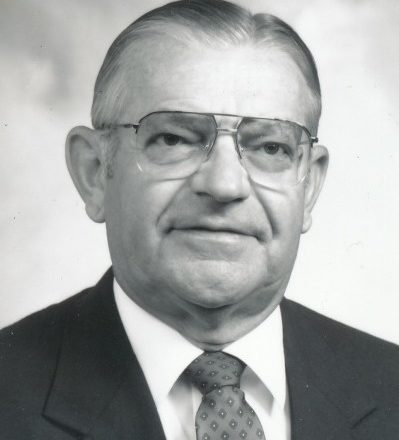 Clifford G. Ehlers, PhD, 90, of the Town of Egg Harbor died surrounded by his family.

Cliff was born to Edward and Rose (Thorn) Ehlers of rural Sturgeon Bay. He graduated from Sevastopol High School in 1946. After working on the family farm for two years, Cliff departed for the University Wisconsin–River Falls, where he earned a bachelor of science in secondary education in 1952. He then attended the University of Wisconsin–Madison, and in 1957, earned a PhD in plant pathology.

Cliff was an associate professor in the university’s Plant Pathology Department before returning home to serve as the Door County horticultural agent for the University of Wisconsin Extension Service for 27 years. Upon retiring in 1989, Cliff was recognized by the university and the UW Board of Regents with the conferral of emeritus status. He and his wife, Mary, and their family continued to own and operate a 50-acre cherry and apple farm for many years after his retirement.

Cliff married Mary Ann Kroll in 1958, and together they raised six children. An active member of the community, Cliff served on the Sevastopol School Board from 1965 to 1980, during which time he held the roles of board member, treasurer and board president. He was the district’s representative on the CESA Board of Control for several years. He served on the board of the Sunshine House, was both a member and president of the Egg Harbor Lions Club, and acted in several roles (church trustee, council president and treasurer) for St. John the Baptist Catholic Church in Egg Harbor (now Stella Maris Parish – Egg Harbor site).

Cliff was an avid Badger and Brewer fan and was passionate about public education. He loved spending time with his family, watching a good ball game, listening to a polka and enjoying a Manhattan or a glass of blackberry brandy.

Visitation will be held on Tuesday, May 28, 4-7 pm, at Huehns Funeral Home in Sturgeon Bay, with a parish wake service following at 7 pm. Visitation will continue on Wednesday, May 29, 9:30-10:20 am, at Stella Maris Parish in Egg Harbor, with a mass of Christian burial at 10:30 am. Cliff will be laid to rest in St. John the Baptist Cemetery.

“Our family would like to extend sincere thanks to Dr. Richard Hogan and his staff for years of compassionate care. We would also like to thank the wonderful nursing staff at Door County Medical Center, and the incredible staff at Unity Hospice, for their attentive care.”

In lieu of flowers, donations may be made to Unity Hospice.

Huehns Funeral Home in Sturgeon Bay is assisting the Ehlers family. Expressions of sympathy, memories and photos of Cliff can be shared through his tribute page at huehnsfuneralhome.com.