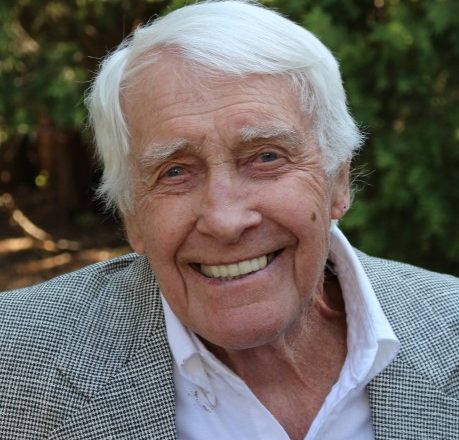 A Wisconsin coaching legend, Larsen was a head football coach at multiple Wisconsin high schools, including Kendall, Barneveld, Mt. Horeb, Hartford Union and Campbellsport. From 1963 to 1976, his Hartford Oriole teams dominated the Wisconsin Little Ten, compiling three undefeated seasons and six conference titles in an eight-year span from 1968-76 (including four in a row from ‘70-73). Larsen, who also had an undefeated conference championship team at Kendall in 1958, was inducted into the Wisconsin High School Football Coaches Hall of Fame in 1982. He is also a member of the Hartford High School and Hartland Arrowhead High School Halls of Fame.

Larsen traded high school coaching for college in 1977, taking the head football job at Carroll College in Waukesha, where he also served as athletic director. From 1982-85, he was head football coach and athletic director at the University of Chicago. In the mid-1990s, he moved back onto the Wisconsin high school scene, serving as head coach at Campbellsport High from 1986-1988. In 1989, he joined his wife, Sara, on the faculty at Arrowhead High School in Hartland, taking the offensive coordinator position on head coach, Tom Taraska’s, staff. As the full-time play caller during that period, he helped create another football dynasty, winning three WIAA Div. I state championships at Arrowhead (‘93, ‘94 and ‘96) before retiring in 2000.

Larsen was also on the coaching staff of the Wisconsin State High School All-Star game in 1998 and 1999. Additionally, he coached professionally in Europe for two seasons, leading the Arlanda Jets in 2001 (Stockholm, Sweden) and a Vienna, Austria squad in 2002.

Larsen played high school football, basketball and baseball at Austin High School in Chicago and football at Carthage College, then located in Carthage, Illinois. In addition to his undergraduate degree at Carthage, he also earned a master’s degree from UW-Madison.

After retirement, Larsen and his wife moved full time to the Door County Village of Sister Bay, where they had long maintained a cottage rental property. The couple supported and was active in several political and environmental organizations, including the Door County Land Trust and the Democratic Party.

He was preceded in death by his brother, Lester Larsen and his parents, Lilly and Arnold Larsen.

Larsen’s life will be celebrated with a memorial service on Saturday, January 4, 2020 at Shepherd of the Bay Lutheran Church in Ellison Bay at 1:00 p.m. with Pastor Jim Honig officiating.

Visitation for family and friends will be from 11:30 a.m. until the time of service.

Casperson Funeral Home & Cremation Services of Sister Bay is assisting the Larsen family. Expressions of sympathy, memories, and photos of Bob may be shared with his family through his tribute page at caspersonfuneralhome.com.